The Journey of a Thought 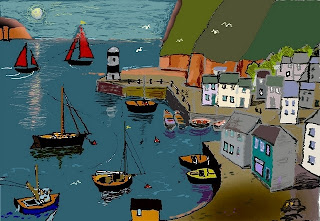 THE JOURNEY OF A THOUGHT﻿
Gerald is no longer with us;
Gerald died not long ago.
I only met him out in Blogland,
But I always admired him so.
One day Gerald thought of 'Devon',
Held the picture in his mind;
Played with it and mixed his vision
Till it was thoroughly defined.
Then he used his favourite medium
To save the picture from his brain;
Maybe altered it and tinkered
Time and time and time again.
When it was finished he drew pleasure
From the picture he could see;
The 'Devon' in his mind was transferred
To the brains of you and me.
And now I see it and think 'Devon'.
His thought, my brain, the journey's done.
Your life, dear Gerald, may have ended,
But immortality's begun.
*
--------------------------------------------------- 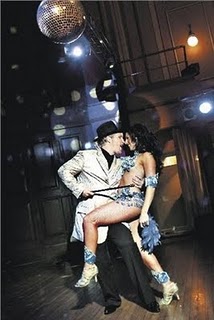 A local wedding!
BLUE WEDDING
When I was young the variations
For those important celebrations
Involved 'Will the sleeves be long or short?
Home-made or (daring) will it be bought?'
We always knew it would be white.
Any other colour would not seem right,
For we were all virgins ( I know that's true)!
So only the purist white would do.
The slightest touch of blue or pink
Would make the neighbours nudge and wink!
But times have changed an awful lot!
This local lady is tying the knot!
Her wedding dress is rather brief!
About the size of a handkerchief!
And she certainly isn't wearing white!
No remarks! It's not polite!
*﻿
And I think that I should state
This is NOT the wedding of Wills and Kate!
*
Posted by Rinkly Rimes at 6:16 AM