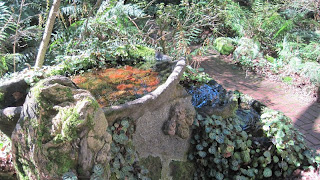 
Harry, now six, was four years old and a really lovely boy,
Most of the time it was obvious he was Grandma's pride and joy.
But Harry's was very cluey; you'd say 'sharp as a tack',
And sometimes (not very often) Harry would 'answer back'.
One day his mother overheard him arguing at his play,
And she responded 'Harry! Harry! You must watch what you say!'
Harry paused a second, and then his reply was choice...
'How can I watch what I'm saying when I'm this side of my voice?'
*
Posted by Rinkly Rimes at 8:46 AM