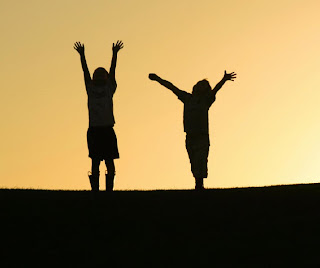 MY SOLUTION!
(A Fantasy)
Jews and Arabs, like all of us, are brothers under the skin,
So why on earth is Jerusalem in the awful state it's in?
I'm an Agnostic, I don't care who owns the 'holy' city,
But, certainly, all this wrangling is very far from pretty!
I have a little fantasy that I could put things right
And the future of the Middle East could again be shiny bright!
*
I don't look like a Terrorist; I'm elderly and grey,
I'm a female Anglo-Saxon and I don't even pray!
What if I went as a tourist, so innocent-looking, me!
But I went intent on blowing-up every monument I could see.
What if I could wreak destruction on a truly massive scale
And then escape on the next plane not leaving any trail?
What would they have to fight about? They'd have to co-exist
As they cleared-up the rubble, using hand instead of fist!
And, in time, the lovely grass would grow, as depicted up above,
And Arab and Jew would settle down in a City of Brotherly Love!
Of course, it's just a fantasy. Instead, my friends, I fear
The wrangling will go on and on year after year after year!
I'll never see it settled. I'm much to old for that,
But I'm a cross old Granny saying
'What are you playing at?'
*
Posted by Rinkly Rimes at 4:26 PM

This is just beautiful. Very well done my friend. What a wonderful and powerful haiku. And the solution...great :)

Rinkley ... you can say that again! I too have been pondering Jerusalem ... but from a different perspective, ha!

Two posts: the sublime and the ridiculous. Much to chew over there!