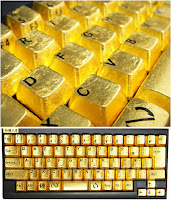 NEGLECTED HERO
The name of David Unaipon was scarcely known it's true.
For he was Aboriginal and accolades were few.
But, in recent years, he's been recognised as someone to respect,
And Australia's endeavoured to make-up for its neglect.
In fact, he's thought so highly of that his portrait can be seen
Gracing our fifty-dollar notes! Almost like the Queen!
*
Born at a Christian mission, in eighteen seventy-two,
David grew up a writer, and an inventor too.
He studied his peoples' famous tool and the way it moved in flight.
This was, of course, the boomerang, which, when thrown exactly right,
Could whirl around and then return to precisely the selfsame place.
He pictured a type of flying machine for flying back to base.
He studied aerodynamics to better understand
How a simple tool could spin around and return to a waiting hand.
He soon designed a helicopter, and a patent was requested,
But he was Aboriginal; his claim was soon contested.
But undeterred he continued on, inventing day by day,
A radial wheel, and shearing tools to cut in a brand new way.
In all there were ten inventions, with patents asked for all,
But racism was rife back then; he just hit a brick wall.
Others stole his great ideas and he was left behind,
But history tells us he ploughed on and didn't seem to mind.
He died in his nineties, very poor, and people were appalled.
The 'Australian Leonardo', now, he is often called!
*
He looks out from the bank notes with a very genial smile.
A very special gentleman who lived his life in style.
*
Posted by Rinkly Rimes at 6:58 AM

I'd love a golden keyboard. Unfortunately only J.K. Rowling can afford one of those.

Now tell me this young maiden, not yet old,why run after things cast in gold?
It is in your heart where true treasure lies and when your spirit is low look up to where the eagle flies.
Why do men think women are so easily pleased with gold? Surely they would preferre a rose and the words "I love you my darling, I value and treasure you more than any treasure the world has to offer."