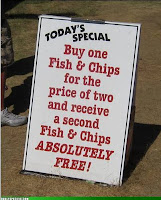 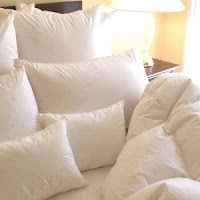 DECEPTION
A pillow is deceptive;
It looks soft and receptive,
But I've never met a pillow without flaws.
Though each one  looks delicious
I am always quite suspicious
And that, my friends, is not without a cause.
I have tried-out any number
On my way to peaceful slumber,
And each one has been too chilly or too hot.
They have posed all soft and plumpy
But, without fail, they've been lumpy,
And I've simply never found the perfect spot.
I have pummelled and palpated;
I have twisted and gyrated,
I have turned the pillow over several times.
I have had my left ear crumpled
And the bedclothes have been rumpled,
And I've counted many taunting midnight chimes.
A pillow in its wrapping
Makes one think of peaceful napping;
It looks bountiful and virginal and white,
But in use it's far from feathery;
It is often almost leathery
And its downiness is far from a delight.
Yes, pillow advertising
Relies on fantasising;
We think of perfect pillows on our beds.
We think they're white and calming,
But they're really quite alarming!
Wayward pillows just play havoc with our heads.
*
Posted by Rinkly Rimes at 12:58 PM

Hmmm.... That sign does make me think. I really like the ode to the pillow. It is all too true.

I can just imagine the conversation inside that shop with an equally dense customer!
thanks for the laugh.

What a wonderful sign - making us stop and think. Well, some of us anyway, right? I wonder how many people actually get the humor in the message?

I wonder how many people they fool with that sign. It's great!
K