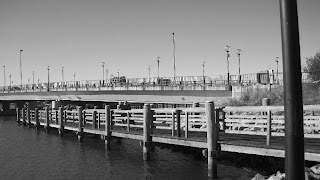 I saw this film yesterday and I thought it was delightful. Mind you, I think Ewan McGregor is so gorgeous that I probably watched with an uncritical eye! The story was utterly impossible, but the relationships were drawn well and I shed a few tears, which I only do when the film is happy. Give me gore and violent death and I don't shed a tear, but this film was a two-tissue one because it was so sweet. And no swearing and fornicating (well, maybe a hint of the latter) in the whole film.