THE TRYST
I suppose Todd's 'a good provider' but that's as far as it goes.
Look at him lying snoring! The picture of sweet repose!
I wait until he's fast asleep....he goes out like a light...
And then I keep an eye on the clock; the timing must be right.
Ah! Twelve forty-five exactly! Time for a lovers' tryst!
Now is the time, precisely, for the ceiling to be kissed!
I know that Rupert's on the floor of the bedroom up above.
And it's Rupert, yes, it's Rupert, that I so dearly love!
His dull old wife if snoozing, no doubt she's snoring too.
Rupert says she's the sex-appeal of an old and worn-out shoe.
We meet each day in the office; he sometimes squeezes my knee.
But we know that our glorious romance can never really be.
I couldn't afford this apartment, if Todd and I ever parted.
Is it any wonder that I feel so down-hearted?
And Rupert can't leave Marianne; she's got a heart condition;
His hands are tied and I understand his delicate position.
So this is our moment of romance, me perching on the bed
And Rupert spread out on the floor of the bedroom overhead!
With only floor-boards between us it's truly titillating!
You can't imagine the thrill I get from this nightly levitating!
It isn't much of a romance; not like the ones on TV,
But ours is an 'Unrequited Love' and that's how it's got to be.
*
--------------------------------------------------------------------------- 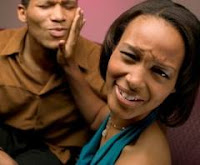 IN A MINORITY
I have the reputation of being rather strange
But, even so, I tell you now, I'm not about to change.
I don't like social kissing! I think it's insincere;
I really feel uncomfortable when pursed-up lips appear.
I know the French are into it and I think they're to blame
For the widespread kissing habit which I just think is lame.
Brits saw it at the cinema and thought it continental;
And now they're aping Parisian chic, all pseudo-sentimental.
It's even reached Australia, the home of the rugged male!
It's become so unoriginal that it's getting really stale.
The left-then-right is automatic; not a scrap of emotion;
Sometimes people kiss the air! A very peculiar notion!
My friends all know I'm 'agin it' and leave me well alone.
This gives me the reputation for having a heart of stone.
I think a gaze into someone's eyes and a firm grip of someone's hand
Sends an affectionate message that all can understand.
I only know when I'm approached something inside me squirms,
And that's before I've given a thought to the breeding of fresh germs!
I took a poll on the subject earlier on today,
And I then looked-up to ascertain what most responses say.
It turns out the habit is disliked by 15% of folk!
So I'm not as odd as people say!
Stop treating me as a joke!
*
Posted by Rinkly Rimes at 5:38 AM

You always make me laugh, Brenda. Thanks!
K

What a sad nighttime tryst for the woman and poor Rupert! Hilarious for us, though!

Your frustrated romance is hilarious. But I don't altogether agree about kissing - I love going up to the village and being kissed about a dozen times as I do the shopping. What I do hold to, though, is that a good hug is worth any amount of kisses.