Hanging Off a Cliff 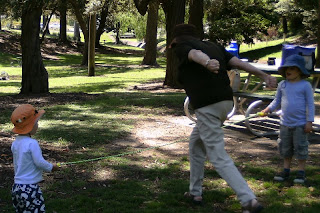 Haha...once again I'm delighted to read the wide variety of writing of the Centusians, yours being no exception! Looking forward to learning what happens to that two-timing so and so...not to mention the girl with the bad temper... heehee...

RR, what a great cliffhanger in rhyme, no less!! There's a reason for that girl's temper!!

Nice job on the cliffhanging poem!

oh gee, i just loved your rhyming take on the prompt ... great job, and it put a smile on my face! ... which is weird considering the situation ...

First of all, I'm impressed that Grandma can jump over a rope!

Second of all, how clever to make the prompt into a rhyme! I'm glad I'm behind in reading for once...I can find out quicker what happens next!

PS. My word veri was: mysterys - that made me laugh!