MAGPIE TALES
http://magpietales.blogspot.com
supplied the illustration
SECRETS IN STONE
Your secret died when you died too, Girolamo.
The knowledge that was yours and yours alone.
Only you could take the bodies of dead people
And turn them, just like statues, into stone.
They lie, we know not where, and they are waiting
For another miracle-worker to arrive,
To breathe life into their cold, unfeeling bodies,
And let them, warm and moving, come alive.
*
Girolamo Segato (1792 – 1836) was an Italian naturalist, cartographer, Egyptologist, and anatomist.He participated in several archaeological expeditions to Egypt, where he became an expert in the techniques of mummification; however, most of his studies undertaken during these trips were lost. Upon his return to Florence in 1823, Segato developed a technique similar to mummification, but unique: rather than simply removing water from cadavers, Segato's method consisted of what appears to be mineralization or "petrification". He, virtually, turned corpses into stone! Segato took to the grave the secret of technique he developed, which despite numerous studies and attempts to imitate, remains mysterious. He died in 1836 at only 44 years, and was buried, along with his secret, in the Basilica of Santa Croce.
*
---------------------------------------------------------------------------------- 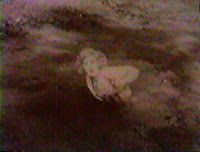 QUAGMIRE!
Old, old words...... 'quag' and 'mire';
One of these has been forced to retire.
'Mire' on its own is 'to be held fast';
We use it still so its day's not passed.
'Quag', on the other hand, meaning  'bog'
Is a place of mud and slop and sog.
I must say I've never heard it said
And it seems to me the word is dead.
Put them together, you get 'quagmire',
A place of danger dark and dire.
A place where one 'is held fast by mud'....
And that's enough to chill the blood!
The lady above may not survive!
The mud may gobble her up alive!
Politicians get 'mired' in debate;
Unable to move; in a parlous  state.
And a 'quagmire' can be of a mental kind,
When we're in a 'bogged down' state of mind.
But 'quag' on its own, I'm afraid, is dead!
Just an old word that once was said.
*
Posted by Rinkly Rimes at 8:44 AM

an interesting bit of history there...did not know about it either...hmm...will look it up for more...

I enjoyed your poem and your story about the Italian, Girolamo Segato. I had never heard that story before, but it truly goes perfectly with the underwater statues. Thank you for sharing this Rinkly.

got to look this one up
good magpie

Poems are Brilliant~! Girolamo Segato is fascinating. The idea that a man could make a stiff turn to stone is quite amazing! Love those old crusty words! P