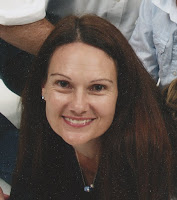 
One retreats from the field of battle; Napoleon's doing it here.
His army is defeated; that is very clear.
He's been beaten by the Russians and the bitter winter snow;
Now he must stagger back to France, retreating from his foe.

So is family-life a battle-field, from which parents must retreat?
Is this the room they retire to, when they admit defeat!
It certainly looks attractive, and quite romantic too;
Parents shut themselves in there when they don't know what to do!
When the children are running wild, and neither one will yield,
Then it's time for the Generals to quit the battle-field!
But what a curious word it is! Once it signified death and war!
Yet now it suggests serenity behind a bedroom door!
*
Posted by Rinkly Rimes at 5:48 AM

Happy Birthday to Michelle. She is a lovely lady.