NORMAL?
Normal? Such a solid word,
So regular and secure.
Know what normality is and then
Follow it, to be sure.
Nothing wayward about it;
Nothing vague or quirky;
It gives you guide-lines for where you live,
Be it Canada or Turkey.
*
When I hadn't married by twenty-one
I felt an arrant failure;
All my friends had obeyed the 'rules'
And had donned their wedding regalia.
They were 'normal', I was not;
I was beyond the pale.
No man had offered me the key
To the 'normal' fairy-tale.
*
I had my first child at thirty-five,
A 'normal' age today,
But this was 1966
And the rules got in the way.
Again, I wasn't 'normal';
The quizzical looks were uncanny;
And, once or twice, I was even asked
If I were my own child's Granny!
*
My abnormal behaviour
Is, nowadays, quite normal
Whereas I was considered the odd one out,
My behaviour too informal.
I didn't plan to be different;
I just didn't meet Mr Right,
But now I view my unfettered youth
With self-satisfied delight.
*
So 'normal' is really a plastic word,
Forever changing its coat.
Why, once it was abnormal
For women to have the vote!
So 'Do as you like.....within reason';
Never 'fit in' or pretend.
And, who knows, history may say
That you have started a trend!
*
--------------------------------------------------------------------------- 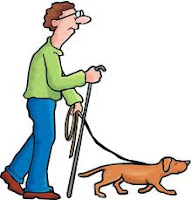 EXPENSIVE MISTAKE!
The morning was moist and mellow so I grabbed Tessa's lead,
(A dog of doubtful parentage and a very uncertain breed.)
We set off down the country road at a brisk, but relaxing, pace,
And I rejoiced that I lived in such a very charming place.
Of course, I knew that there were spiders; the Australian terrain
Is noted for its nasties, particularly after rain.
But I'd never seen a poisonous spider, or a venemous hissing snake,
Though I'd lived in the country for ages! But my attitude was a mistake!
I let Tessa off the lead, of course, to let her have a run.
After several days of rain I knew she'd enjoy the sun.
She scrabbled around in the undergrowth, behaving as all dogs do,
Pausing to sniff around a bit, and leave her calling-cards too.
But, suddenly I stiffened as Tessa gave a yelp,
That unmistakable doggie call, that canine call for help!
Limping, she staggered to me, and I thought 'For heavens sake!
My one and only darling dog  has been bitten by a snake!'
Grabbing her and cradling her, I staggered down the road,
Finding her sagging body an increasingly heavy load!
I crashed in through the front door, crying to my wife
'Tessa's been bitten by a snake! She's going to lose her life!'
We laid her gently on the ground and then turned to the phone.
Quickly we dialled the local vet! Help lay with him alone!
'Bring her in at once' he called; 'Don't waste a single minute!
I have a venom treatment here! We must immediately begin it!'
We drove the car like demons, quite ignoring traffic lights!
Tessa was wearing a tourniquet made from my wife's old tights!
I laid my precious Tessa down on the operating table.
I knew our friend the vet was both experienced and able.
Both Meg and I were snivelling as he bent down to his task.
'Bring our Tessa back to us! That is all we ask!'
The vet stood up with tweezers in his extended hand;
The expression on his face was such that we didn't understand .....
We stood non-plussed just briefly.......but then, at last, we saw
The little spike of bindi weed he'd pulled from Tessa's paw!
Bindi-weed is harmless, a little like a thorn,
So then we understood the vet and his look of utter scorn!
Tessa needed no injection; Tessa didn't need a pill!
But I needed resuscitation
When he handed us his bill!
*
Posted by Rinkly Rimes at 11:21 AM