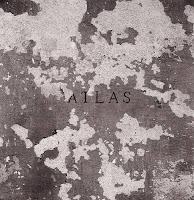 
MAD MAP!
We look at an Atlas and know what we see.
The shapes of the countries are plain as can be.
There's Europe, America, then Hindustan!
All part of a terribly obvious plan.
So Italy's shaped like a boot? Well, why not?
For that was the shape that old Italy got
In the days when the boiling mud hardened to rock!
The shapes never give us the tiniest shock.
We're so used to the map and the way it's designed!
We see it as normal; so clearly outlined.
There's an island called Britain up there in the sea
And China is just where that country should be.
But just take a look at the Atlas above,
And see the phenomenon I'm speaking of.
If the oceans had lowered in some other way
Our countries would all look so different today.
But one fact is quite certain! There's just no escaping
The squabbling and fighting and killing and  raping
Would all have gone-on; all the feuding and fuss!
For one thing would still be the same and that's 'us'!
*
------------------------------------------------------------ 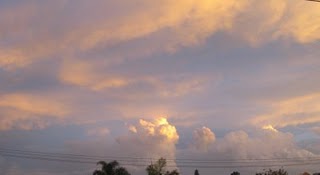 
Thanks, Mike, for turning the knife in the wound! (He knows I always get homesick..... after 55 years...... in April!)
An English relation has sent me photos of daffodils and I thought I'd share them. To the left of photo One is the English Channel (yes, right 'at the bottom of the garden) so the setting is quite delicious.
Here, chill is creeping into the wind.
Thanks, Mike! 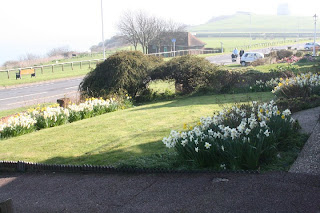 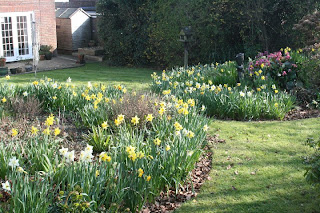 Blissful! I love April in England so can possibly imagine how you might feel so far away. . . but think of miserable February and dark November and chill winds and fogs (but I like all those, too!)

I loved your insightful poem and those lovely spring photos.

Now that's a somewhat schizophrenic post! Idyllic spring in England (and here in Washington State) and (our shared) pessimism about all that fighting between us an us

Insightful poem and lovely photos of April in England.

The poems are terrific and the tulips lend a springtime view to this rainglutted part of the country. Brown and gray, yet. Still hoping. What is it about war that follows and consumes us. Strange, indeed. The sky photo is superb!

Love the poems and the photos! We have yet to see daffodils here yet- except at the store!