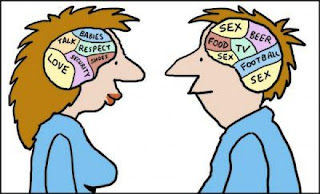 I wonder just how true this is!
Just look at all those thoughts of his!
*
Sex seems to dominate his brain.
I've heard that time and time again.
'Every two seconds' I have heard
A man thinks of finding himself a bird.
Every two seconds? That can't be true.
Not when there's so much else to do.
Some men write enthralling books;
Some men are bankers, some are cooks;
Those men would be failures! They'd be wrecks!
If all they thought about was sex!
And where are 'Cars' in the illustration?
Many men I know have a car fixation.
*
Then we come to the female version......
Admittedly 'Talk' is a great diversion.
But 'Shoes'? I scarcely give them a thought
Except when they just have to be bought.
However I have friends who find
Shoes are often on the mind.
'Love' and 'Babies' do dominate,
Plus the serious task of finding a mate.
Yes to 'Security' and 'Respect';
They matter a lot so that's correct.
*
This picture's for fun, no doubt about that,
But how much truth are we looking at?
*
--------------------------------------------------------------

What did we lose, I wonder; what wisdom and what wit,
When Hitler piled the books on high and the eager flames were lit.
Mercifully, many authors had books in print elsewhere
But there were countless manuscripts that vanished in thin air.
Maybe we lost the answers to questions we still ask;
Maybe we lost the instructions to some still-puzzling task.
Maybe some glorious poetry to thrill the human soul
Went up in smoke for ever when Hitler took his toll.
Maybe works of science to improve our human lot,
Flared and died  and disappeared and he didn't care a jot!
We'll never know what we have lost;  but the thought still gives us pain.
Surely the Burning of the Books could never occur again!
*
----------------------------------------------------------
PS
Rebecca, my daughter, hates me to take photos of her but she published some shots herself on Facebook yesterday and I've stolen my two favourites. 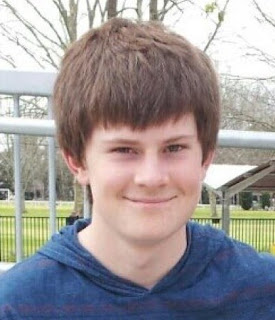 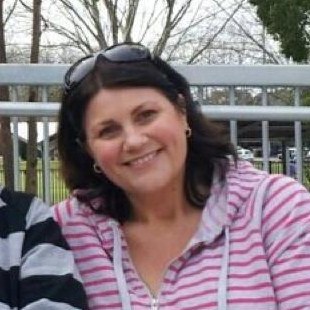 And Blake's Mum, Rebecca.
Good genes, but none of them mine!
*
Posted by Rinkly Rimes at 7:31 AM

It is amazing isn't it how we all think differently- not just between men and women- but we are each a unique being- No two alike!
I enjoyed that poem and your thought provoking piece about burnt books. Have a great week.

They look so alike!

My blues are here and here.

Men are different than women, no doubt about it. Your grandson is a handsome one, and his mom should never duck from a camera! Thanks for sharing your blues.

Beautiful photos of Rebecca and her son:)

Visiting from Blue Monday- hope you can stop by..