Obedient to a Fault 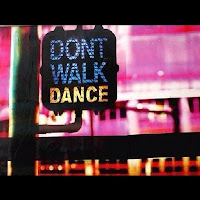 The sign asked me to dance, so I danced!
I leapt and I twirled and I pranced.
I kicked up my heels,
Did a few Highland reels,
And the onlookers were quite entranced.

I avoided the wheels of a bus,
Though the driver was quick with a cuss,
Executed a waltz,
(It was my tour de force),
Though a cyclist did make quite a fuss.

I stood on the tips of my toes,
(In my teeth a delectable rose),
Then I did pirouettes
While the people laid bets......
'Will she finally fall on her nose?'

When a big truck came lumbering past
I got out of the way pretty fast.
I then did the splits
(That's one of my hits)
While the driver looked slightly aghast.

Ernie took his old dog, Ben, to see the vet one day.
The dog had trouble with his eyes, I'm very sad to say.
Ben was a quite enormous dog, a bit like a feather-bed,
With a great big body and woolly coat and a quite enormous head.
'I think he's started to go cross-eyed' said Ernie to the vet,
'Can you do anything at all for my precious dear old pet?'
The vet picked Ben up in his arms to do an examination
And then he turned to Ernie with a heartfelt exclamation.
'I'll have to put him down' he said. At this poor Ernie cried
'No no no! You can't do that! Permission is denied!
Why should you put my old dog down! It's just that his eyes are crossed!
Without my darling Benjie I'd be absolutely lost!
I'll get a second opinion! Yes,  that's what I'll get.
You seem to be a thoroughly incompetent sort of vet!'
'Calm down, calm down' replied the vet. 'You're going to keep your pup!
Of course I've got to put him down! He's too heavy to hold up!'
*
Posted by Rinkly Rimes at 7:34 AM

What an interesting sign with the right touches of pink. That is why I will not have another pet. Too much grief in the world without adding more.

These were both terrific, as always. I loved the happy twist for the second one....phewww...I was all ready to be upset!

Love the dance! (and the pooch)

Lol, that's quiet a misunderstanding !
I am only obedient, when it suits me !

Love it! lovely twists and turns...

Oh the first one wonderful, but I couldn't bring myself to read the second one, just in case the title brought what I feared. So I didn't get your double dose today!

Hahaha! Brenda, I had much rather dance than walk! And that pooch does look a little to heavy to hold for very long. Two wonderful poems from you!!

Thanks for the smile.