IMAGINARY GARDEN
http://withrealtoads.blogspot.com.au/
The theme is Halloween; I chose Witches

How terrible to be a witch
In the days of the ducking stool!
Say something out-of-line
And a swift death was the rule.
When one was strapped in the ducking-stool
It was only a matter of time
Before one died a dreadful  death,
Whatever was the crime.
The stool was held out over water
And the witch was dunked right in.
If she died that was certain proof
That she'd committed a sin.
But, if she lived, it was equal proof
That witchcraft had saved the day,
So the 'witch' was taken and burnt at the stake
In a truly horrible way!
'The good old days' ? I think not.
Nowadays were much more free
And you can cast your witchy spells
With equanimity.
*
-------------------------------------------------------- 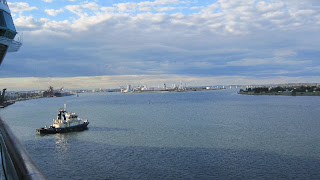 Nearly all my pee-esses seem to involve food! Yesterday a group of us met to celebrate The Fifth Monday. I have instigated this, being President of the Probus. We normally do things on Mondays, but a few times a year there's a left-over Monday, a fifth one in the month, so I thought we could meet for lunch that day. We went to The Burwood Inn on this occasion and we enjoyed the fod and the company. 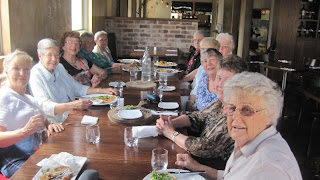 I think I have an occasional touch of witchery about me...

How dreadful...
You truly captured the historical side...I mean herstorical side of witchery~
whoah...

I'm overwhelmed with three offerings, all very good and very different. The first is the truth as I know it about the ducking stool. I wish it were true about equanimity now. But I liked it and was moved until I met blues and blues and blues . . .then I fell into a major musical enchantment and did not wake until the next fifth Monday!

No true justice for the wise women - a terrible fate, either way.

Well, a witch couldnt win , either way, in your first poem. I hadnt hard of the ducking stool. Interesting. Love your poem about coming home.....especially the blues and blues and blues.......

I remember tales of the dunking stool. Horrible things were done to "criminals" in times past.
However, many of them were sent to Australia, so there would be cities there when you arrived, Brenda. At least, that's what the history books say.
K

Halloween witches have always been my favorite costumes ... maybe I am really a witch? Nicely done!!!

I must admit I'm glad witches have a better chance of not being dunked or burned these days.

That certainly was an ignorant and unkind time wasn't it?....Great post for the prompt! :-)