MELLOW YELLOW MONDAY
http://mellowyellowmonday.blogspot.com.au
DECADENCE
'Against Nature' is the title,
Which is not so surprising.
As to the illustration.....
That's positively hypnotising!
I don't think ladies feature much;
And they aren't on his mind.
I gather the book is hinting
At a love of a different kind.
Whatever this man is smoking,
It certainly packs a punch!
Nowadays we'd call it 'pot'......
But that is just a hunch.
Whatever it is, it's not healthy!
Contemplate his haggard look!
And I wonder what is written
In his little yellow book!
The hand that is holding the cigarette
Is bony and like a claw.
He really is as decadent
As anyone I ever saw.
I think he wears  a dressing-gown,
A smoking-jacket, maybe;
Even that gives the impression
Of louche depravity.
He might have been someone's uncle,
Just caught at a bad time,
But I find him a titillating subject
For a little 'yellow' rhyme!
*
--------------------------------------------------------------------------- 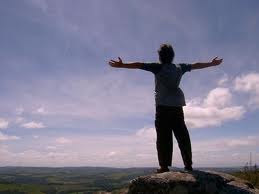 SPLIT PERSONALITY
Such a minor word is 'free',
When it means 'give-away',
When it's a little nothing
For which we need not pay.
It's just a litte gimmick,
A ruse to draw us in,
Before the really serious part
Of spending must begin.
*
But such a powerful word is 'free'
When it means 'unfettered'.
When it comes to describing release and joy
It just cannot be bettered.
Four letters meaning soaring
Untrammeled, like a bird,
Or 'a little bit of nothing'!
A split-personality word!
---------------------------------------------------------------------
PS
Summer, which was supposed to start in November (last year) arrived this weekend, when we're nearly halfway through March! There's never been another year like it. A part of NSW the size of France is still covered in flood waters! However, every man and his dog took advantage of the glorious weather this weekend. Malcolm and took our lunch down to the beach. It was packed because yesterday was Surfest weekend. Luckily the surf was great for the occasion. 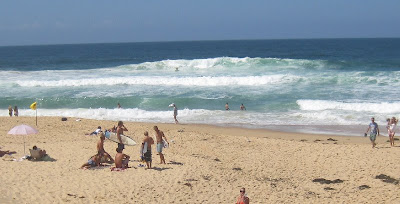 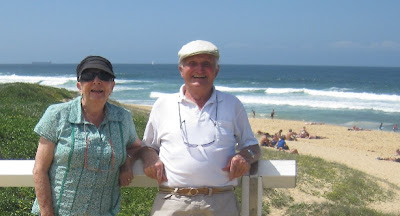 A passer-by offered to 'take' us! 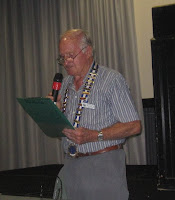 And a little extra from last week....Malcolm reading his farewell speech as he stepped down from the position of President of his Club! He is much relieved!
Posted by Rinkly Rimes at 7:11 AM

Lovely pics. Have a fabulous week.

our weather has split personality, one day it is hot, another day, it pours and freezing.