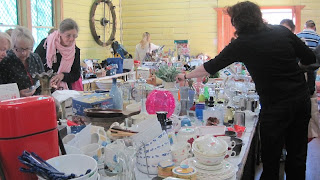 
DATE BAIT
From an opening line 'donated' by Mad Kane


A woman went out on a date
With a man who used bank-notes as bait.
When she found they weren't real
She said 'You are a heel!
I won't speak to you, let alone mate!'
*
Posted by Rinkly Rimes at 6:25 PM

Hurdy gurdy of lost and found.