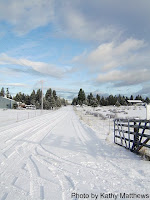 BOOK BLURB FRIDAY
http://www.writinginthebuff.net/
Would the following blurb encourage you to read this book?
IN PERSPECTIVE﻿
by
Agnes Bates
She gave you the murder-mystery
'Parallel Lines'.
Now, once again we meet Clarkson Pettigrew, the accident-prone detective.
Can he solve this mystery without becoming a laughing-stock?
Myrtle Whimsdale lies, garotted, at the end of the lane.
Her mysterious past yields an important clue to her killer.
But will Clarkson botch the job?
Why does he not notice the ransom note stuck to his shoe?
Why does he ignore the play-dough tangled in Myrtle's hair?
Why is the Vicar laughing behind his back?
As usual, Clarkson's exploits will have you falling out of bed!
Watch for the next 'Clarkson Pettigrew' novel......
'The Skilful Skull.'
The Hedger and Ditchers Chronicle: This story will give the general public some idea of the dangers of our craft.
* 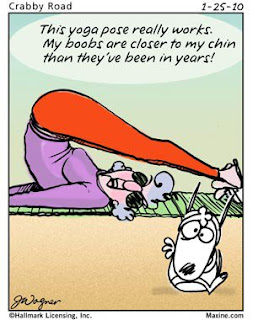 MINIMAL MAXINE!
Good Heavens Maxine! What a form! What a shape!
But are you sure you can escape?
Once I'm down, though I say 'Hup!'
It's very rarely I get up!
I normally follow your advice,
But you've been wrong more than once or twice!
However your yoga seems to work,
Though I'd be just a physical jerk!
Look at those thighs! So sleek, so slim!
That waist! So small, so neat, so trim!
Even the bust looks almost pert!
But are you sure it doesn't hurt?
But, Maxine, you can't fool this old dear
With jokes about bosoms and chins coming near!
I know your creator made a slip
With waist and bosom, thigh and hip!
You're a 'slip of the pen,' I fear!
He nodded off for a bit, it's clear!
Any minute now, you fake,
He will realise his mistake!
Though others ogle you and praise you!
Very soon he will erase you!
Then, when he adds the things he should,
Good old Maxine wont look so good!
When you're 'revised' you'll look like me,
Sagging, like you ought to be!
*

Something different, a murder mystery with funnies! Interesting take on the prompt....

You are so funny! I love your Maxine poem, and your book. Playdough in her hair???

Thanks for the early morning smile.

I laughed my way through your Minimal Maxine. If I thought it would work, I might just try her pose. LOL

Your blurb is a definite enticement--this book sounds like pure delight, a sort of Poirot meets Inspector Clouseau. Great hook for the MC, and the names reminded me of some in Agatha Christie's mysteries. I wish this were a real book!

I love the concept of a bungling detective. Your blurb promises a lot of laughts and I'm betting that he solves the mysteries despite his ineptness. I'd love to read this one.

You know, even before I read your wonderful Maxine poem, I too thought Maxine looks darned good in this! That book blurb is a gem, too. Love the details!