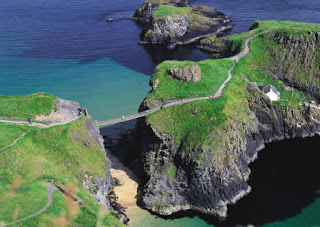 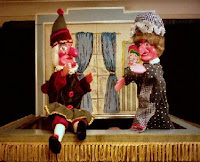 ROLLING WITH THE PUNCHES!
Ah! The innocence of childhood in those days so long ago!
All the simple pleasures when the pace of life was slow!
The charming little children being biddable and sweet
And playing with a rusty wheel with the neighbours in the street!
But just consider Mr Punch and the 'Punch and Judy Show'!
Then you'll forget your sentimental backward-looking glow!
Mr Punch was evil, filled with hatred, a real brute
With his predatory long nose and his jolly clown-like suit!
He would abuse his family in a really awful way,
Bashing the Baby's head in to force it to obey!
And, when Mrs Punch objected he killed her in a trice!
Two deaths in as many minutes! No it wasn't very nice!
Then he hurled them from his window to complete his wicked spree!
Would this be fare for children now? It was plain brutality!
There were several versions of the 'Punch' tale but this was quite the worst!
And...... wait for it......the children always asked for this one first!
Children relish violence! We cannot cramp their style!
But don't look back on the old days with a glad, nostalgic smile!
*
Posted by Rinkly Rimes at 7:19 AM

This is a perfect Acrostic Poem and so befits the picture!! Loved it immensely!!
I would love to do this tight rope walk but dare not!! :)