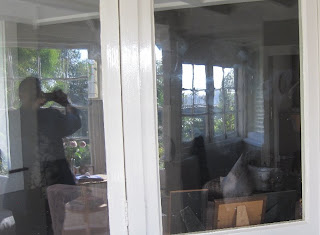 THE PINCH OF SALT!
Take everything with a pinch of salt;
Then you're not disappointed
When considering our leaders,
Those whom 'the lord's anointed'!
Sometimes they believe, themselves,
The whoppers that they're speaking,
And cannot really understand
The havoc that they're wreaking!
They're just as surprised as we are
When the flying carpet drops,
And pie-in-the-sky just stays up there,
And the great idea just flops!
But some there are who know full well
That they're telling great big lies
And yet they've learned to gaze at us
With soulful, truthful eyes!
Out from the TV screens they gaze
With 'honesty' and passion,
They never even seem to twitch
In the well-known guilty fashion!
Better far to doubt it all,
Every message that arises,
Hoping, against all hope it seems
For 'he-told-the-truth!' surprises!
Your cause is hopeless, dear Maxine!
You're crying for the moon!
I hope the genuine article
Turns up somewhere soon!
*﻿
Posted by Rinkly Rimes at 7:51 AM

rich thoughts..
keep it up.