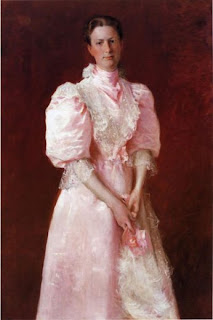 PARTIAL DISGUISE
'You must have your portrait painted'
Said Mama to me one day.
'Something to show you're feminine
In a pretty girlish way.
Too long you've been a spinster,
With your hair in that stupid bun.
You've got to look desirable
And ready to be won.
You've been on our hands for far too long,
And you don't even try!
You look just like a schoolmarm
With that very critical eye.
Now take off that serge over-skirt,
And that blouse that looks so prim.
Somewhere there's a man for you
And we must think of him!
I've bought this pretty little dress
With all the frills and flounces.
'I'm female and I'm very sweet'
That's what this dress announces.
Now, stand up straight! Be a lady!
Try not to look so grim!
At least those frills give you a bust;
I wish you weren't so.....trim!'
*
So here I stand for my portrait.
Will this horror never end?
I want to dash out to the village
To visit Annabelle, my...... friend.
*
---------------------------------------------------------------- 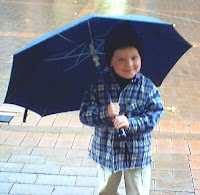 The climax to a very hectic week came yesterday. I now feel pleasantly tired and I'm looking forward to a  week of complete relaxation when we go to Merimbula for a week on Sunday. As I intimated, the concert on Thursday night left me feeling rather inadequate, but the Friday night concert at the Church Hall (in aid of Air Conditioning) was very successful and great fun. These pictures are especially for Mike, Joy and Pam, who will be particularly interested in them.
First the choir sang a few songs. The altos were depleted in numbers as two of the members were in the following play and wanted to conserve their rather croaky voices. Consequently there were only four of us and I thought we sounded a bit thin, but critical listeners said they thought we sang well. 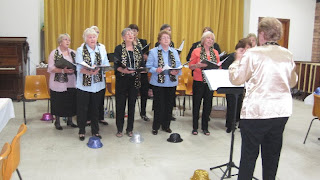 Then I read a poem that Shirley had requested. It concerned the trials of a Pom (person from the UK) trying to understand the Aussie language! Everyone empathised with the topic in one way or another. 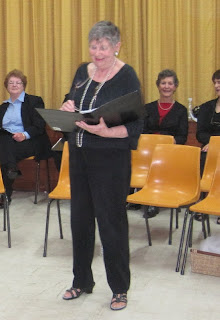 Finally, we put-on 'Tiddly Pom', this year's main Merry Mellows play. We'll only be doing it until the end of the year, unless we want to revive it at some new venues next year.
Mike, note Malcolm in the back row! Also thanks for the PC from Bulgaria.) 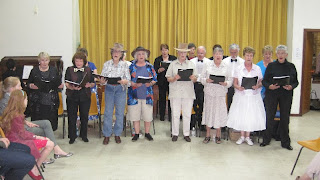 Here is Pam lording it over everyone as the Landowner. 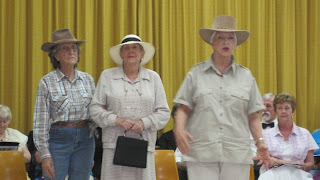 Here is the wedding scene with everyone looking very chuffed. 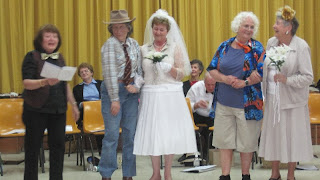 This is Joy, who took the part of the Vicar. She isn't a severe person at all! 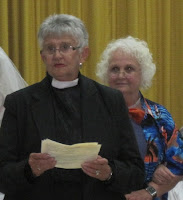 All in all, it was a really great evening and I hope we made some money for the Air Conditioning.

I love that painting, and the poem is perfect. She does look like she's wishing she were elsewhere!!

Your presentation looks fun too!! What a great thing to do.

What an interesting life you have had! So glad I came to visit for Pink Saturday and I think the portrait is wonderful!