Kute with a K 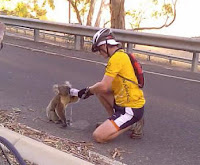 GOLDEN CEILING
This ceiling, at The Civic has a little tale to tell,
For it isn't the original, although it mimics well.
The decoration first placed there ninety years ago
Was admired by everyone who came to watch a show.
An example of Art Deco, it was put away in store
When a Japanese invasion threatened in the War.
After the War when everything was chosen for repair,
The lovely Art Deco ceiling simply wasn't there!
And, to this day, nobody knows exactly where it went!
So in due course a replica was made to represent
The artistry of a bygone age on which disaster fell.
And looking up at it I felt it's done it's job quite well.
*
--------------------------------------------------------------
PS

Harry's school is the oldest in Australia so it's not surprising that its fair was a Colonial one. It was very well attended and a lot of the children were dressed in 'colonial outfits. 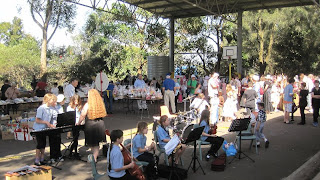 Here the school band was preparing to play, 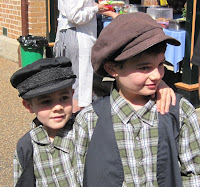 I thought Max and Harry looked great in their outfits. 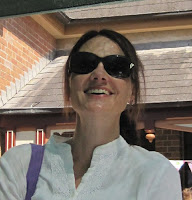 And I got a nice shot of daughter-in-law Michelle as well. She and Greg were on the Sausage-Sizzle stall.
Posted by Rinkly Rimes at 6:58 AM

I love the hats and vests on Max and Harry!

...the koala; it reminds me of many at the time of the Victorian 2009 bushfires. They were forced to seek help by passers-by in this fashion; some incredible photos were around at that time.

Good looking little guys and I like the outfit too. ^_^

First photo was so sweet!!

Visiting from MYM! Hope you can visit me too if you have not done yet:)