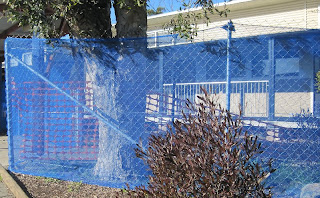 REALLY?
Coca-Cola is something that most of us have seen,
But did you know that, in the past, it was coloured green!
*
Mohammed is the favourite name for little boys at birth;
There are more Mohammeds that anyone else on earth!
*
You've used it when you've chattered; you've used it when you've sung;
The strongest muscle that you've got is the one we call the tongue.
*
Butterflies taste nectar with the bottoms of their feet;
That's why the insides of their shoes always taste so sweet!
*
It's been proved that elephants don't know how to jump!
If they could it's certain that they wouldn't be so plump!
*
So stop looking as puzzled as the fellow at the top!
You can look relieved instead for this is where I
STOP!
*
Posted by Rinkly Rimes at 7:25 AM

wow,
what blue barriers.
you think deep,
what a fantastic dig.