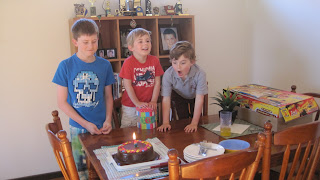 I'm proud of my mitochondria! It's my most important feature!
You pronounce it MY-TOE-CON-DREA! (I used to be a teacher!)
They are cells inside each nucleus, with a very special history,
And, until only recently, their function was a mystery.
Males have mitochondria, but for the shortest term;
In fact they only have them to energise the sperm.
They're not part of the embryo; they simply fade away;
There's simply nothing left at all to fight another day!
Whereas their female counterpart, in the egg that 'we' supply,
Lives on and on and on and on! In fact it will never die!
Our female mitochondria (so scientists believe)
Has remained unchanged in humanity since the time of the first Eve!
Yes, girls, inside our bodies lie 'fossils', living still,
Something quite intriguing, not in Jack, but just in Jill!
One hundred and forty thousand years ago the first 'Eve' showed her face;
Her remains were found in Africa, in a wild deserted place.
And scientists discovered, (and didn't they exclaim!),
That her mitrochondria and ours were practically the same!
I come from a line of women! Like all my sister-kind!
Though I must admit that with male-type genes we've always been combined!
How do I complete 'I come from……'? Well, I seriously believe
That I come from a certain lady
Known as the African Eve!
*
Posted by Rinkly Rimes at 6:45 PM

How interesting! I also believe that I come from a certain lady
Known as the African Eve!
Thanks for visiting!

Love the poems - especially the second one!

You've made your dreams come true - how wonderful!
Love your poetry as usual!
have a great weekend!

Oh, to be 21 again. May all your dreams come true.

Sorry for the late comment - life gets in the way of our aspirations to share in this community sometimes.

I love your refeshing approach to dreamboards - poetry, not seen that before. I must admit I have to keep re-reading it to understand what it means to me as I'm only just moving into the world of art (visual) and so poetry is a natural progression but which alludes me this far.

I can only say that I also share feelings that time passes and age makes us feel different sometimes. But with your dreamboard it inspires me that life will be just as fulfilling no matter what my 'number' is.

Best wishes to you and your family x

Love your rhymes! My favorite's the one about the African Eve, but the first one was really inspiring. You're living your dreams. I hope I can say that, too.

I love your rhyme and rhythm
And also that it seems
You dreams don't sleep, you live 'em--
My favorite kinds of dreams!

so happy to have u in FWF! i love the line about living til ur old. ya know alot of ppl say they fear aging and dont want to live to be old but i hope i get that chance to spend as much time with my famile and see as much as possible :) thanks for this great entry!