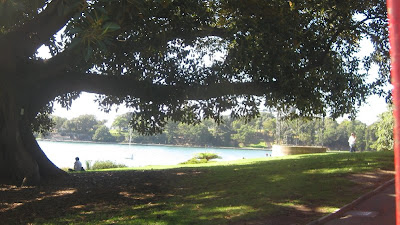 Shadow is not shadow, if sunshine isn't sun.
One only recognises both because of the other one.
Shadow without sunshine is just a murky day.
And sunshine without shadow is the sun's unending ray.
A little bit of this and that completes a pleasant scene!
See how the shadow and the sun create different shades of green!
If our lives were just endless torment how ghastly it would be!
If our lives were just endless pleasure, oh, what monotony!
Sunshine and shade together create a rounded life.
I wish you lots of happiness....... balanced by a little strife!
* 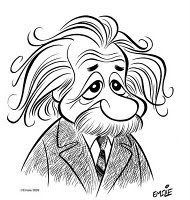 Albert Einstein's dying words have been lost to all humanity!
He may have uttered words of wisdom or a flat inanity!
A foreign nurse was standing-by at the time to pronounce him dead,
And she didn't understand a thing that the famous genius said!
*
In the seventh century, Toltecs, from Mexico,
Obeyed a certain ruling which has always impressed me so.....
They wanted enemies to live (yes, they were very good)
And so they used to attack them with swords made out of wood!
*
Sliced bread was patented, they say, in nineteen twenty eight,
So consider that when a tasty slice is placed upon your plate.
Not a baker, but a jeweller, thought up the great idea;
He'd been working on it, night and day, for many a long year!
*
Friday the thirteenth was thought such a very unlucky day
Among the Anglo-Saxons that they always used to slay
Every child born on that date, at the moment of its birth!
A birthday celebration not renowned for joy and mirth!
*

Beautiful words to a lovely picture.

Great place to wind down. Calm and tranquil.

You are right, no shadow without the sun.