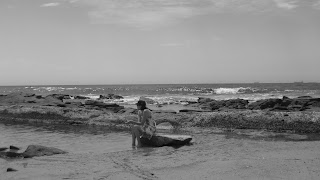 
It was over sixty years ago that I sat by the fire,
Listening to the radio and hearing my heart's desire;
A serial on Childrens' Hour; it's name was 'Ballet Shoes';
It came on at a special time, just before the news.
I could hardly wait for Sundays; I hated the days between!
For after all, how old was I? An immature sixteen!
*
Last night I saw the TV show; I found it very trite,
But good enough to pass an undemanding time at night.
The plot was so predictable, the characters unreal,
And, all in all, it had a very adolescent feel.
Which is fair enough because the tale was aimed at the pre-teens,
At least it seemed that way to me, with the rather maudlin scenes.
*
And they didn't play Wolf Ferrari! That was an awful sin.
How I adored his music! It made the show begin!
'Jewels of the Madonna!' Was ever there such a theme;
It could spirit a dumpy girl like me into the perfect dream!
A girl could start out without much and end up with it all!
Cinderella! Sweetheart! You're going to the ball!
*
I'd sit there listening , engrossed, there, in the fire-light.
Knowing that, though things weren't too good, it would all turn-out alright.
I believed the story absolutely; it all felt so true!
With the music of Wolf Ferrari there was nothing I couldn't do!
I never made my mark, of course, or entered the promised land.
And isn't it a pity that the tale now seems so bland.
*

Oh yes, the sand between your toes and in the sandwiches! Wonderful Brenda!