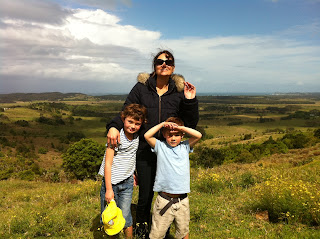 I received this photo from an Australian friend of mine yesterday. Sue is married to a Canadian and they both live in this country. Bob was a considerable athlete in his own country some years ago; I think he may actually have been in the Olympics. Maybe one of my Canadian readers will recognise his name.....Bob Watson. 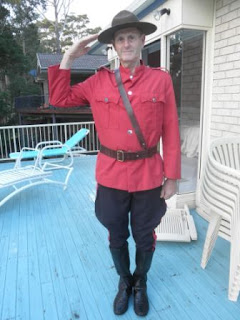 Sue wrote:
"Bob dressed as a mountie to assist the Healthy Living for Aged Care programme and they planned a trip to Canada for their elderly.  They had Canadian food, flags, Mountie, DVD about the Musical Ride by the RCMP and documentary on Canada etc. Very successful, Bob had a great time hamming it up and having photo taken apart from telling them about the formation of the Mounties and their work."
Posted by Rinkly Rimes at 6:00 PM