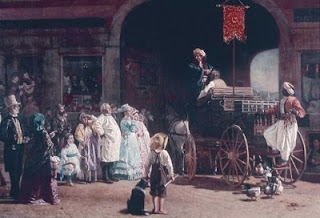 QUACK QUACK!
Quackery has existed since the very dawn of time;
Applying false medications has always been a crime.
And yet there lurks in the human soul a desire to 'give it a try',
Whether it's a cure for cancer or some ointment for an eye.
'Are you feeling feeble?' the Practitioner  would bellow.
'You seem to have distemper, you poor ghastly-looking fellow!
Come! Drink this magic potion down! I predict you will be cured!
Your dreadful situation need no longer be endured!'
So money would be handed-over, the potion would be downed
As all the other believers, in a circle, stood around.
*
The Quack Doctors kept moving on in an earlier age,
Escaping out of town before they had to face the rage
Of those 'patients' who had been deceived! None ever found redress!
And, to rank stupidity, none of them would confess.
*
Quack Doctors are still with us, but now they 'live' on-line,
Suggesting they can cure the flu that's brought to us by swine,
Or offering to enlarge the parts we may consider puny,
Or suggesting embrocations which are bordering on the looney!
Their 'quack' is a very silent one, but they're 'quacking' just the same,
And millions of silly people are assisting in their game,
Sending off the money for the cures that do no good,
Giving the Quack Doctors a luxurious livelihood!
We continue just as gullible as the peasants of the past.
Let's try to prove Quack Doctors are finally outclassed!
*
Quote
The word "quack" derives from the archaic word "quacksalver," of Dutch origin  meaning "boaster who applies a salve" In the Middle Ages the word quack meant "shouting". The quacksalvers sold their wares on the market shouting in a loud voice.
*
------------------------------------------------------------ 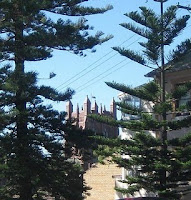 There is deception in so much of our lives, the words are false, where is a person to go for the truth? Can we be the source?

I love when you are putting in the secret word, and the computer tries to guess, what you will be writing.

Yes, Quacks have been with us since forever, but I think it's our weakness and insecurity that lets them meander through time. Look at the problems with obesity - and all the pills and potions that people buy. Disgusting.

I love the quack poem. It's like a song. You can imagine all these peasants in a conga line singing it and drinking the "cures" like sheep. :)

I really liked this piece. It's sad that it's so true!

I love this, and yes, it's so true! It's one thing when the "cure" is harmless and the buyer has the money to spare and has no real expectations, but too often the results are ruinous.

With as much mental time as I spend in speculative worlds, I can't believe it never occurred to me to have a quack doctor as a character. Hm...

now it is there, now it isn't

great singsong of a poem. i think of when they use to come around and put on a show to buy this potion and draw people in... even today inside a doctor's office it can be so... yet there are wonderful medicines that do cure the sick... tho i am sure there is not a pill in the world that can cure all our woes...

We are so naively Hopeful, arent we? I think with our willingness to be conned we allow the quacks to exist. Nice theme in use of the words.

'FREE' - so long as you login with your email address and give us access to pester you with more adverts for the next fifty years! Grrrr! NO THANKS!

And they are still present !

Quite different from all the other posts! Well done!

Quackery goes beyond the spam we get in our mailboxes. I think mainstream advertising for beauty miracles are much the same quackery. As always, your wordsmithing is wonderful, Brenda.

I feel bad for those folks who place their hopes in the quacks, instead of seeking real medical attention...

Good job, as always. Rinkly Rimes is a good place to visit.

Please don't tell me that the spcial face cream that promises to make me look 20 years younger in only 10 minutes is a fake! I just sent then $300 for a 2 oz. jar!

How in the world did you manage to entertain us, educate us, and make us smile all in one teensy weensy stop on our little journey through Alphabe-Thursday's letter "Q".

This was quite excellent.

so true. interesting to hear the origin of the word.

I love both poems, but really the quackery one is perfect. Truly people are willing to be taken advantage of~false hope is better than none at all.

There are a lot of political quacks in America, and they are trying to sell their cures to the voters. Hopefully, most will not fall for their quacksalvery!!!

Hello.
Laughing...those quacks may have been tricksters, but they sure knew how to make money.

cute post! Didn't realize it was rhyming till I was halfway through! {:-Deb

So true! It can be very tempting to look for easy cures for a condition, and these online 'Quacks' exploit that for all they are worth!

Quackery is alive and thriving.

So sad, but true.

Judie's comment cracked me up! But I think we all have hope, and some just seem to be compelling to try and take advantage.

Both of these were wonderful.

Your writing skills are quite fantastic!