Anything You Can Do! 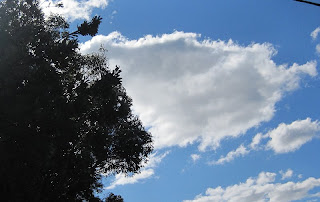 ON THE TIP OF HIS TONGUE!
Bill and Joe and Marmaduke were cursed with dreadful stuttering.
And every word they tried to say ended with grunts and spluttering.
They visited a therapist who worked with might and main
To make their speech intelligible, crystal clear and plain.
Millicent was beautiful and full of sex-appeal,
With attributes not from a jar but absolutely real.
So, when she said she'd set a test, all three of them agreed
And all responded with a 'Y-y-y-y-yes indeed!''
She said 'I'm going to ask each one to, slowly, say the name
Of the city, town or village, from which his family came.
If you can say the name of it without a single pause,
You'll be a very, very, very lucky man because
The best one will stay after lessons all alone with me!
Just think about that, gentlemen! Which one will it be?
I'm offering an afternoon of wild and glorious passion;
I bet no other therapist gives prizes in that fashion!'
Quickly, Bill stood up and spoke quite loud and clear, on cue.
'I come from B-b-birmingham.' Said his teacher 'That wont do!'
So Joe said 'I'm from P-p-perth!' and Millicent replied
'No good! No good! I fear you've failed, although you really tried.'
Finally Marmaduke spoke up and he was the clearest one.
'I come from London' he announced, knowing that he had won.
So Marmaduke and Millicent made love without delay.
(He didn't waste his time on talk, for that was not his way).
Then Millicent looked up at him with her gorgeous, bright, blue eyes
And said 'Well, Marmaduke, it seems to me that you enjoyed that prize!
And as a lover you're the best! You're quite extraordinary!'
And that's when Marmaduke got round to
'd-d-d-derry!'
*
Posted by Rinkly Rimes at 7:07 AM

your creative juice always impress me..

http://itistimetothinkformyself.blogspot.com/2010/08/55-flash-friday-55-is-written-by.html
an award for you,
Happy Weekend,
Cheers!
:)