Leon Darwin-Ego
CREDIT RATING
Of all the folk you meet today
Ninety percent will forget you.
They'll wander on their merry way
Not recalling that they've met you.
Which merely leaves you ten percent,
That's not an awful lot.
They hardly make the slightest dent;
They hardly hit the spot.
Now....
Half of ten percent, my dears,
Will find you overbearing;
Your chat will leave them close to tears
And they'll hate the clothes you're wearing.
If you tell a joke they'll move away
With that look that's called 'askance'
While your cheerful chirruping 'G'Day!'
Won't rate a second glance.
Now......
Half of ten is only five
Our numbers look quite slim.
Only five percent to like you!
The future's looking grim.
For of those five percent, I fear,
Half are luke-warm at best.
'Oh, she's O.K.' you'll often hear,
So what about the rest?
Well.......
It's only two-and-a-half percent
Will think you're really great.
With that you'll have to be content,
For that's how well you'll rate!
But those few will show affection,
And be close as a hand in glove,
So keep looking in their direction;
They bring a special brand of love.
However.....
Make sure you love yourself, my friends,
For there's noone just like you,
Treasure a love that never ends,
And stick to yourself like glue.
Every day try to savour
A love that has no end.
Be One Hundred Percent in favour
Of yourself, your one Best Friend.
*
-----------------------------------------------------------------
P.S.
Winter did its worst yesterday! 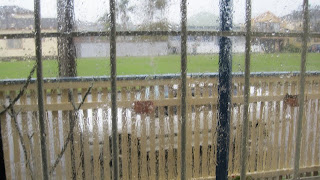 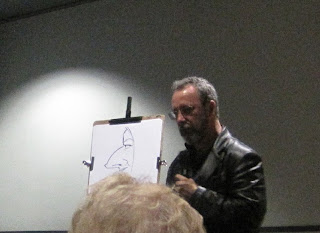 Never mind! We went to a talk about caricaturing by my friend, Peter. This is his view of our present Prime Minister, who is in election mode and not doing well in the polls. 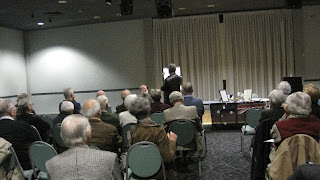 There was a good attendance. 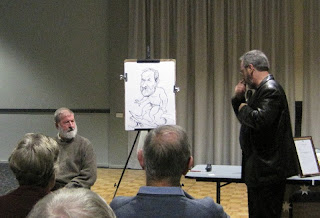 He drew this picture of a member of the audience, a keen surfer. I think it's very good.
*
Posted by Rinkly Rimes at 7:39 AM

Thankyou BB...What can I say? Never much good with those word things.

Love the Gerald art poetry too!! Lovely photos. And the class demonstration is super also.

My Wednesday post if about a song in my heart...do drop by if you can. Here's the link

Love the poem and post. We are on the downside of summer here in my part of the world and better weather is headed your way

Brenda-
The art work is beautiful, the poem is very interesting. We are in the Middle of our hot season here but before we know it we will be in fall / winter