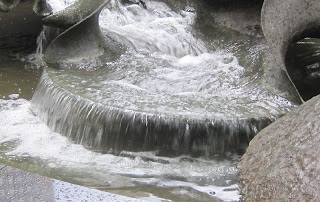 Who was Mr Engelmann
And why do I enquire ?
And why the picture of a vine
Seemingly set on fire?
I call it Virginia Creeper
A really lovely name,
So why do the folk in Canada
Not call it the same?
Here in Australia it glows
On many a garden wall,
And it's called Virginia Creeper,
Not 'Engelmann' at all!
I have my suspicions
About Mr Engelmann,
I think he was a gardener
With a really crafty plan.
I think he went to Mexico
And saw this lovely plant
And uttered  his own equivalent*
Of  'Well, my sainted aunt!
I'll take this back to Canada
And sell it as something new.
Then people will flock to my nursery!
Yes! That's what I'll do!'
So that craft Mr Engelmann
Announced his novelty
And the people of Saskatchewan
Said 'Wow! That is for me!
You're so clever, Mr Engelmann,
That we'll give the plant your name
For if that were forgotten
It would really be a shame!'
Now his name's on each Canadian tongue;
He's lauded far and wide.
(I'm not much good at History,
But at least I really tried!)

The Merry Mellows performed at a Xmas Party on Wednesday this week. We performed a new play.......you may have heard of it........'Snow-White'!  I'd written new parodies to Xmas songs to give it a seasonal air. 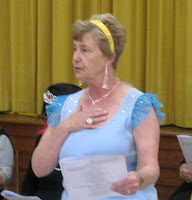 Snow-White was a little precious. Here she says 'What! Moi!' 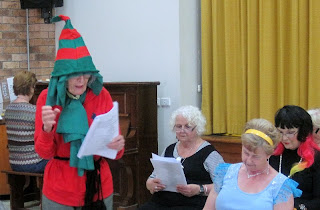 Bebe was the tallest dwarf we'd ever seen. She'd gone to great trouble with her costume too. 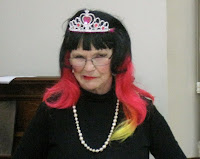 But isn't Pam the cruelest-looking Wicked Queen ! And she's such a nice person too! 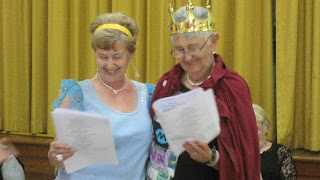 Of course there had to be a love-scene!

And here we are for the final line-up with me looking smug on the right.