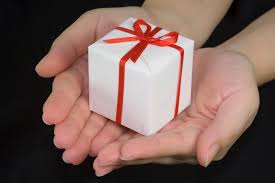 FROM THE HEART?
I'm not planning to be controversial
But, in a world which is coldly commercial,
It's hard to know what comes from the heart
And in which the market-place plays a part.
Of course I love my family dearly,
Truly, fondly, very sincerely......
Well,  most of the time! But it's hard to know
What makes the 'giving' juices flow.
I rarely give things out of the blue
But I think of gifts when a birthday's due.
Now.....have  I been conditioned by advertising?
Is it part of modern socialising?
Why, on that day , do I feel the need
To follow a merely traditional lead?
If my gift was 'from the heart'
Tradition wouldn't play a part.
I'd bestow my bounty hither and yon
Whenever a gift-giving mood came on.
So when I wrap a gift in paper,
With ribbon and card and all that caper
Can  I really claim to be moved by emotion?
Maybe not! A disturbing notion.
*
-------------------------------- 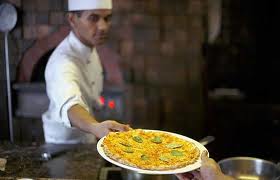 Bill went to a pizza shop to order a 'Supreme'
And was asked the usual question by Ned of the pizza team.
"Would you like this cut in six slices or would four be OK?"
Bill responded "Make it four. I'm not very hungry today"

I'm one of those people who used to buy gifts when I saw something interesting and thought "oh, Rob would like that" or "Jodi would love this" but I'm not single any more, and my husband asks "why now?" and "how much do you owe on your credit card?"
LOL
It was different (although not necessarily better) when I was on my own and working at a well-paid job.
K