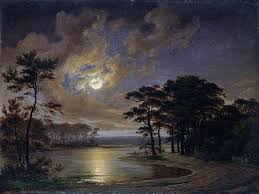 WRITTEN FOR THREE WORD WEDNESDAY
We are asked to use the three words in blue.

Here, within earshot of the ocean,
Drawn to its eternal motion,
Viewing Nature with devotion.
Here I stand.

Peaceful is the moon that's shining,
In the arms of clouds reclining,
Every thought of mine refining.
Here I stand. 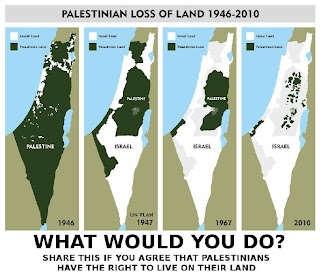 Maybe not a subject for a poem......Too important, too distressing, and too sad.Maybe my sort of silly, trivial doggerelIs not a vehicle when the subject's bad.And yet I feel compelled to write a poemGiving my feelings, attitudes and views......Am I the only person who has missed this?Have I been sleeping while I've watched the news?I'm quite ashamed to say it was the BritishWho caused the whole debacle in the beginning?And now we have a never-ending conflictWhich neither side has a real chance of winning.My cousins were, in 1947,
Members of the Palestine Police.Little did they realize their war-zoneWas one in which the war would never cease.
Everyone felt so sorry for Israelis,Or Jews as they were always called, back then.Homeless, they'd roamed a hostile world 'for ever',And now they'd never have to roam again.They'd suffered so, we knew they would be kindlyTo those with whom they'd have to share their land.The Great Powers settled it, we were all happy,And the dispossessed would surely understand!Since then we have become so disillusioned;The 'nibbling ' of land is like a spreading stain.If only we could turn the clock back, change things!Would the Middle East be happy once again?
*
--------------------------------------------------------

PS
On a lighter note, on Thursday Malcolm and I met up with my cousin, Peter, and his wife, who were visiting Sydney for a few days to stay with their son, Stephen and his family. We met at Hornsby for lunch, both of us having travelled by train to get there. Peter is my only link with my Father's family, so the meeting, which may be the last, was particularly important to me. 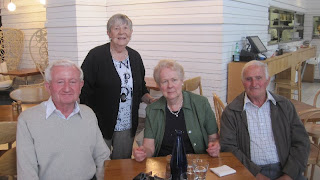 Peter, me, Ursula and Malcolm
Posted by Rinkly Rimes at 8:58 PM