WRITTEN FOR MAD KANE
who suggested the first line. 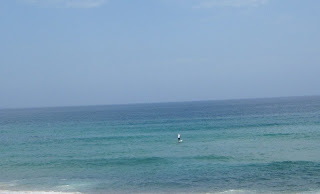 My lovely daughter, Rebecca, and I enjoyed a short break in Sydney, arriving home yesterday. We had expected squally weather, but it was fine. We had  expected a Five Star hotel as well but that was a bit disappointing. We enjoyed each others company though. I've developed a very sore knee and that slowed us down rather a lot. 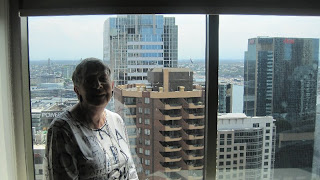 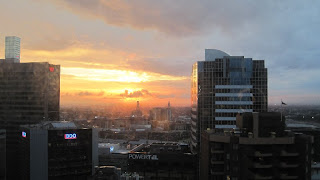 We saw lovely sunsets from there. 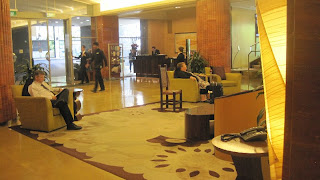 The hotel was quite comfortable. Lovely beds. 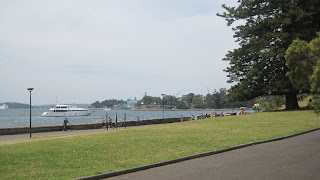 Rebecca, the dot in turquoise, decided to go for a brisk walk, leaving me to rest my leg. She saw Charles and Camilla (well, their car) during this walk. They were just entering Government House. 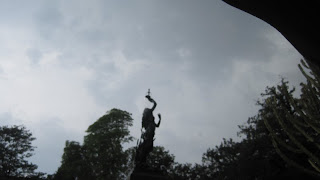 Shortly after this there was a brief deluge. We were on a little train going around the Botanic Gardens at the time. It was all quite dramatic as the cloudburst gave rise to waterfalls all over the place. It was quite an adventure! 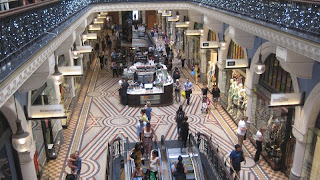 We toured the Queen Victoria Building but all the merchandise was beyond our reach. 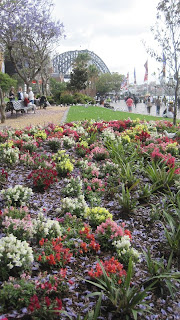 In The Rocks the spring flowers were in evidence. 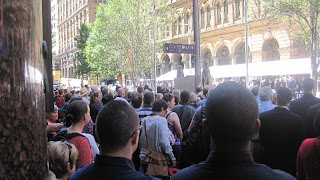 We came across the Armistice Day service in Martin Place but we could only see over peoples' heads. Still the singing and the silence were impressive. 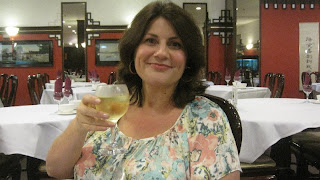 I took this shot of Rebecca at a Chinese Restaurant. 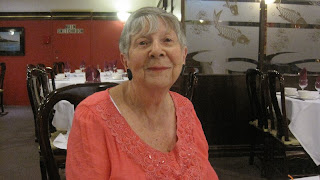 She took this one of me. As you can see, we're not at all alike!