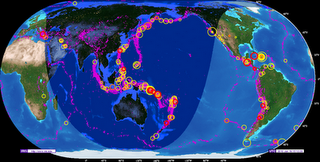 TCHAIKOVSKY TALES!
Everybody has to die; most of us fade away
And only our families recall that we had 'our lovely day'.
But Tchaikovsky was a different case, not only was he famous,
But about his manner of passing-on everyone's an ignoramus.
*
He wrote such glorious music but he had a wretched life.
First of all he married a quite unsuitable wife,
Who went completely mad quite soon and was incarcerated.
And even that part of his life is very complicated
Because it's said he married her in the first place to disguise
The fact that he was really gay, or so most folk surmise.
That he was a homosexual just cannot be denied
And it's said he hoped to hide the fact by marrying a bride.
*
His sexual inclinations caused the manner of his dying;
At least, one theory says so, although it's mystifying.
Let's take the simple theory first, that cholera caused his death;
That the scourge of the lower classes made him breathe his final breath.
This was the theory all believed at the time that he passed away,
But folk have questioned this belief, never more so than today.
Take the type of burial he had, without care for infection.
And the dates don't stand up firmly to too much full inspection.
*
The other theory does involve homosexuality,
But that was common in his class. No need for secrecy.
It's said he had a wild affair with a nephew of the Tsar
And on Royalty's reputation that would have left a scar.
They say the fellow students from his very much earlier days
Requested that he kill himself and suggested various ways!
It is said he then took poison and committed suicide!
*
And so it seems we must decide the way Tchaikovsky died!
*Either theory seems to work, but the second's more enticing.
A bit of scandal on the cake is like delicious icing!
*
Posted by Rinkly Rimes at 7:44 AM

The ring of fire graphic is quite interesting. And the scandal is intriguing. There are so many in real time, I wonder how many will survive the centuries.

Great and interesting post for the R day as always, along with your story/poem about Tchaikovsky. I love his music, but he did have a sad/troubled life. Hope your week is going well, Brenda!

Interesting choice for the letter R.
I liked all the info on Tchaikovsky too.

Ring of Fire is very appropriate for us right now, since we are supposed to have had a 4.5 earthquake -- but we didn't feel it. Tchaikovsky is still my favorite composer.

Your title has Johnny Cash stuck in my head/.

The story, if true, is very sad.