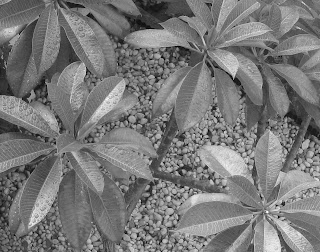 DRESSED TO KILL!
As one who delights in symmetry
Frangipani does much for me.
It's leaves are, oh, so neatly placed
Diminishing sizes can be traced. 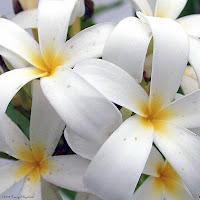 The flowers are equally thus constrained;
In porcelain perfection trained.
It even shows its drops of rain
Echoing the neat refrain.
*
But, oh dear me, it's winter look
Is more grotesque than picture-book.
It's really quite an ugly tree!
We're duped by it's summer poetry!

STEADYING THE NERVES!
Two cars were in a collision at the cross-roads one dark night;
Neither driver was injured, though both had a nasty fright.
A Doctor was in the first car, with a Lawyer in  number two
And the Lawyer was first to recover and do what he had to do.
He rang the police to inform them of the accident's position
And then he looked at the Doctor, gauging his condition.
He took a hip-flask from his car. It had neat brandy in it.
'Take this, old chap' he cheerfully said 'You'll feel better in a minute.'
The Doctor drank both long and deep; his confidence grew and grew.
Then he said to the Lawyer 'Why don't you have a good swig too?'
Said the Lawyer 'I make quite certain I never drink and drive.
But I might have a sip to steady my nerves
After the Police arrive!'
*
Posted by Rinkly Rimes at 6:16 AM