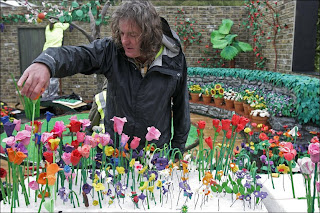 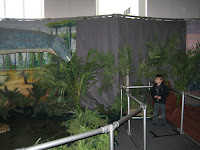 The passion for pre-history
Is something of a mystery.
I refer, of course, to certain little boys.
Why should the little threes and fours
Be so entranced with dinosaurs
Preferring them to all their other toys?
*
I can't see the attraction here!
There's not much interaction here!
Not much to cuddle that is very sure!
And yet I see Triceratops
Is much preferred to lollipops!
What's the attraction of a dinosaur?
*

hmmmm a beauty without a smell...
a character without a life...
swell.....

a go for a natural thing..