WRITTEN FOR WE WRITE  POEMS


He saw the dirt, he saw the grime,

The chimneys reaching to the sky,

The wretchedness of that old-world  time,

The pimps and beggars passing by.

And yet he saw beneath the cloak

Which covered this Victorian  shame:

He saw that men knew how to joke!

He saw the poor were not to blame!

With timeless words he clothed the scene;

His characters sprang into life.

The whole world went where he had been


They tasted servitude and strife.


Dickens! You transformed the earth!

And did it with such art and mirth. 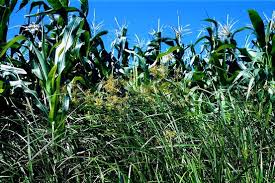 The world of the weed is a vicious one,

Dramatic and full of crimes!


Life for a weed is a battle

Played out many times.

It toils through soil and fluid

It reaches for the sky,

It pushes out into the sunshine

Then catches a predator's eye!

But should it escape and prosper

The harvest is quite sublime.

It can wave green arms in the clear air

And have a wonderful time.

Till the weed killer finally poisons it

And it dies in agony.

When I think of the lot of the weed

I think I'll stay as me!