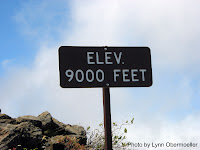 WRITING IN THE BUFF
http://www.writinginthebuff.net
suggests the book-cover.

Will this blurb persuade you to buy this book?


Another in the 'Amazing Adventure' series.
Have you read
'Taste My Beastburger'
*
Once again our intrepid adventurer
Byron Bywater
Dons his pith helmet
And sets off into the unknown.
*
His purpose?
To discover the haunt of the famous
Elephant Clone,
known as
The Hideous Elevant.
*
He has been employed by
'The World of the News'
To bring back details
Of the creature.
*
His ambition is to capture the Elevant
And have it stuffed.
*
Unbeknown to him
His jealous Editor
Plans his death!
*
Read of Byron's amazing adventures
In Paridoxica,
Unteroceana,
And in the mighty Hades Mountains!
*
Learn how he defeats his enemy........almost.
*
And marvel at the proportions of the Elevant.
His 9000 feet are only the beginning!
*
'Unusual Holiday Destinations' ; Having read this account we are adding 'Hunt the Elevant' to our list of don't-miss destinations. (The Editor.)
*
-----------------------------------------------------------------------------

I'M A NUT!
(On being asked to write about the word 'kernel'.)

I was feeling rather confident that I was up-to-date!
Really rather 'with it' though my decades number eight!
But I have just been dumped as someone really out of touch
And it pains me, yes, it pains me, it pains me very much!
When I saw that old word 'kernel' I thought, no ifs or buts,
I'll write some little verses on the beauty of some nuts!
I was just about to launch myself on a harmless little ditty
About a grove of nut trees; it was going to be quite pretty.
So, according to my normal way, I Googled illustrations;
Not expecting any other little complications!
My comeuppance was abrupt, I fear, for no nuts did I see,
Just rows and rows of diagrams of great complexity!
The 'kernel' of computing links the different kinds of 'wares',
The 'software' and the 'hardware'! And I'd been unawares!
'The lowest level abstraction-layer' ........ now I'm sounding clever!
The knowledge gleaned from Google! Will it go on for ever?
Now how to wield my new-found power with the general population?
How can I drop this 'kernel' stuff into general conversation?
Let's hope someone offers me a nut! I'll say, just off the cuff,
'Does this nut have a kernel made of out-of-date old stuff?
I'm only used to the modern kind, the lowest-level abstraction.'
And I'll enjoy the resulting bit of human interaction!
The ladies from the Probus Club will really be impressed
And I'll be truly happy that I've got it off my chest.
They say we learn for ever! I'm living proof! Ah, but
It always helps with things like this if one starts life as a nut!
*

Labels: Writing in the Buff Adventure

This is awesome. LOL I was hooked just by the title and author name, and the rest of your blub reeled me in.

You definitely get the prize for creativity. I doubt that I will ever see another elevation sign without thinking of the Elevant and its 9000 feet.

HA, this was great. Loved his 9,000 feet are only the beginning! Funny. And loved your nutty poem too!