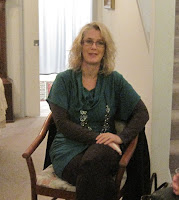 This was Jeanette chatting to us. 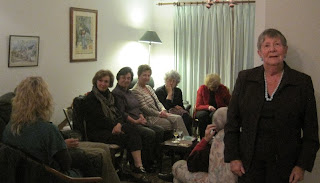 And this was me off to the kitchen to make everyone a cup of tea or coffee. You can see how the other members are fascinated by what Jeanette was saying!
*
Posted by Rinkly Rimes at 6:47 PM

A chance encounter at the mall which revives old feelings... depicted perfectly!

Your poems never disappoint. And this one, with its sting in the tail is no exception.

Visiting from three word Wednesday and I just love the Mall. It was a wonderful write. It has captured so much of what happens when we run into those lost loves of the past.
Blessings

lovely poems both of them.

So sad to have things left 'unsaid' especially in matters of the heart and if the love is still there too.
Your 'In the Mall' prose is so vivid, I felt the sadness.
There's so much we still have yet to learn about space and time. It'll never be figured out in our lifetimes either, sad to say.
Two lovely pieces.

That's a true poem, and sad. We tear each other apart without even thinking of it and regret it when it's too late. Well done.

Intelligent, creative, moving -- you have quite a talent, Mme Rimes!

Both are really wonderful, but the first one really grips the heartstrings. Nicely done, as usual.

The first poem was going along so swimmingly, Brenda, with both people being civilized, until the apology broke my heart.
And as for the universe bending, how can it? I can't, so why should it?
— K

Wow! You told an epic tale with this one, and did so with no maudlin drivel. Really well done.