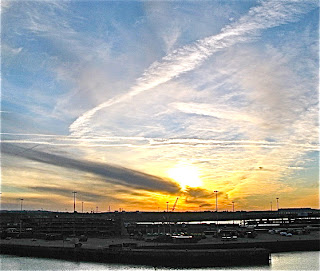 THE BLOWHOLE
It blows with a great big 'Oomph!' that startles all who hear it!
And its plume of water drenches anyone who may get near it.
The Blow Hole at Kiama is quite a tourist draw,
And when we were on the South Coast it was something that we saw.
The Aboriginal people knew about it from the start.
Though the Europeans 'discovered' it and thought themselves so smart.
In 1797 George Bass, of Bass Strait fame,
Made a note of the Blow Hole and registered its name.
Charles Jackson made a crossing, in 1889,
On a tightrope! And the Tourists thought this was pretty fine.
Since then it's been a focal point for visitors' satisfaction.
And still the great resounding 'Oomph!' is the Blow Hole's great attraction.
OOOMPH!