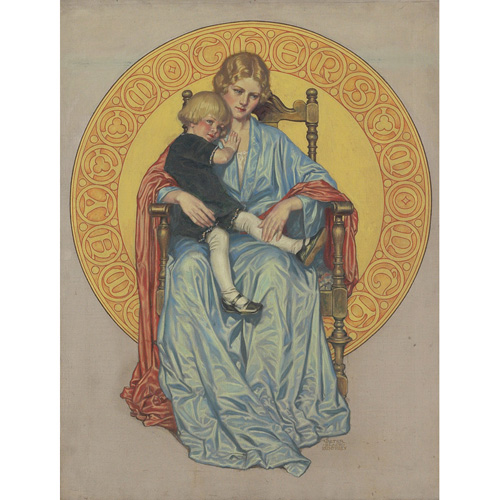 The Old British Empire
THE EXTINGUISHING OF EMPIRE!
So it was with the Romans and so, of course, it will be
With other Empires that will rise and fall.
America and China will go down the self-same path;
Because it seems to happen to them all.
*
My mother was a teenage girl at school in 1910
And she recalled an episode with pride
When her teacher held a map of the world, standing before the class,
And pointed to all the red bits there and cried
'See the red! How far it spreads! All that belongs to us!
We're British and the British are the best!'
It was then my mother's patriotism simply knew no bounds.
It was pinned there, like a rosette, on her chest!
She stayed a patriot like that until the day she died
And that was at the age of ninety-seven;
Rule Britannia! Hope and Glory! And 'God Save the Queen!'
She was quite convinced that she'd been born in Heaven!
But I come from a generation born during the Depression
The generation that saw the slow decline
Of the little island floating in the chilly North Atlantic,
The birthplace she considered so divine. 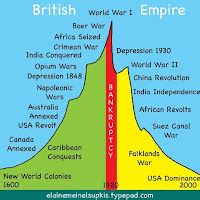 'How are the mighty fallen!' Isn't that a well-known phrase?
And does it really matter after all?
For good or evil Empires rise only to reach their peak
And then, as though it's natural, they fall.
*
Posted by Rinkly Rimes at 3:58 PM