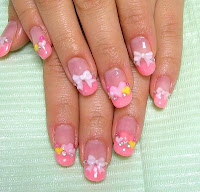 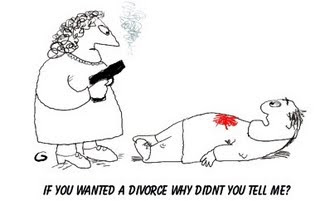 AS RED AS IT GETS!
The splash of blood in Gerald's cartoon
Is as red as plum jam in a spoon.
It shows up scarlet, brilliant, bright,
Because the victim's clothes are white!
Think of the uniforms of old!
Ruby red and blazing bold.
Think a while and you'll understand
Why that colour was in demand!
When a man was hit and blood had spurted
His fellow soldiers were disconcerted!
As it dribbled, soaked and oozed
Other men became confused.
'We never thought of blood!' they brayed,
'But this sight's made us quite afraid!
We think we might lay down our arms!
That red has raised some loud alarms!
All the red that I can see
Makes me think it could be me!'
But, on a coat already red,
No-one could see old Tom had bled!
'Let's face the enemy with aplomb!
Nothing's the matter with our friend, Tom!'
*
Posted by Rinkly Rimes at 5:50 PM

I agree, such cute nails so pink my fave but unfortunately, i have loads and tons of chores around the house that if i grow just alittle bit of nails, it will break and i had to keep clip my nails everytime! sigh.. anyways Happy Pink Saturday!

I would hardly get out of the shop before one would break. Great post.

Happy Pink Saturday Brenda, Lovely nails, I would like to have them for a day. I'm enjoying reading your prose, I love you sense of humor starting with your blog name. I'm one of your new followers. I will be back to read more. Have a wonderful weekend. Linda

Happy Pink Saturday. Love the picture of the pink nails. Adorable.
Have a great day.

Oh I agree, but I would so love to have them.
Happy Pink Saturday, Char