MELLOW YELLOW MONDAY
http://mellowyellowmonday.blogspot.com/2011/03/mellow-yellow-monday-113.html
HOW ARE THE MIGHTY.......
That's the problem with being too modern; you end up just being old hat.
If you go for the high end of fashion you end up a bit of a prat.
This number-plate once was so trendy, expressing such great celebration,
For everyone, world-wide, because of the date, with an extra for us as a nation.
A brand new millenium sprang into life; we had such high hopes and such aims,
And that year Sydney was chosen to host the prestigious Olympic Games.
Such an air of excitement pervaded the place; the whole world seemed sparkling, brand new,
And the number-plate, here, said it all, at the time, confirming that it was all true.
*
I passed it last week in a builder's yard, looking crumpled and spattered with rust,
Surrounded by timber and paint-pots and tubes, and covered by scratches and dust.
My number-plate's older than this one, but it never had great aspirations;
It never declared a great change in the date, or rejoiced in the sport of the nations.
Those who rise high must, in time, fall down low and fashion's a very hard master.
My number-plate still has a certain sang-froid while this one's a wretched disaster.
*
--------------------------------------------- 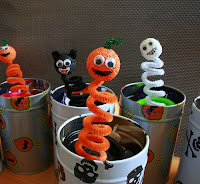 SURPRISE! SURPRISE!
Alfred Hitchcock, of movie fame, (and now as dead as mutton)
Wasn't like the rest of us! He had no belly-button!
*
When you sneeze the rest of you also plays its part;
Everything ceases to function! Even your beating heart!
*
Babies have no knee-caps! Feel a knee and see!
But they grow up to be knee-capped, just like you and me.
*
Five years of your lifetime will be spent standing in a line
Probably obeying a little 'Wait here!' sign!
*
The toothbrush was invented in 1498!
I bet you never would have guessed at such an early date!
*
Posted by Rinkly Rimes at 6:03 PM

Very funny. Have a good week

Ah, the poor number-plate! I join you in deploring its wretched state!


A TOUCH OF THE GOLD

They say just a touch of the gold
Will make even timid ones bold;
Try yellow, not blue,
And bright amber too—
And don’t be left out in the cold!

Can be used a plate collection. Cute toys! My Mellow Yellow Monday post