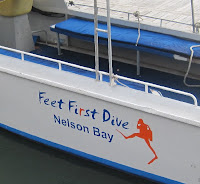 RED SHOES RUSE.
Remember Moira Shearer? Remember 'The Red Shoes'?
(In an era when the main film followed the 'Pathe News')
I remember it clearly, because of vanity;
When I was young it mattered what people thought of me!
And I was a girl who wore spectacles! Could anything be worse?
'Boys don't make passes at girls who wear glasses.'....the message was very terse!
I was asked out to the cinema (by whom I can't recall);
I only know I felt that I was heading for a fall!
I'd never get a cuddle in the back row of 'the flicks',
No-one would ever 'insult' me or get up to 'funny tricks'!
I had a choice ...'see or be seen'; it wasn't hard to choose.
I'd go un-specked and trust to luck I could pick up some clues!
So I saw the film as a whirling mist, although the tunes were pretty.
And I never saw the 'shoes' at all, which was really quite a pity!
As to the reason for my ruse, 'he' can't have been too thrilling!
I can't recall 'fulfillment' even though I was so willing!
So I never saw Moira Shearer; I never saw her dance.
But I still equate 'The Red Shoes' with that magic word 'Romance'.
*
Posted by Rinkly Rimes at 4:53 PM