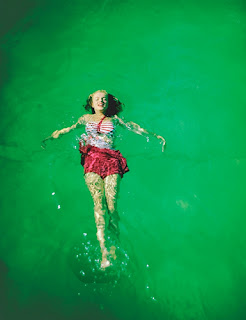 You would have a tantrum. too, if you felt just like him
If you were a Terrible Two yourself and life was looking grim.
A two year-old is invincible, at least in his own mind,
He can do anything, anything, of any sort or kind.
He is King of the Castle, he's Lord of all Creation.
If anybody interferes with him they'll just meet aggravation.
Anything is possible; he knows no rules or laws;
He's not aware that water boils or animals have claws.
He just knows what he wants he wants, and he certainly wants it NOW,
And so he's going to scream for it! What an unholy row!
What right has this larger person to trim his billowing sail?
He's going to kick and shout and bite and stamp and kick and flail!
He wants to stay in the park! He does! He's not going anywhere!
Life is an awful, awful thing. He's discovered it's not fair.
And mother has done with coaxing. She's fed-up with the din!
And he's a horrible feeling that, in the end, she'll win.
She decides to walk away! She doesn't care a fig.
That's when Terrible Two decides he's, after all, not big.
But when the tantrum's over and everyone is calm
We find a two-year-old toddler is chockablock with
Charm!
Posted by Rinkly Rimes at 6:34 AM

Whether or not a complicated woman is Marilyn or Norma Jean depends a lot on the day, the calendar, and the company she keeps.

There's clearly a whole lot of both there.

Wow, that pool shot is quite something! Reminds me of Esther Williams - was that her name?

Two is hard. One can no longer get everything... and so the tantrums start. I just get frustrated when they continue to 3, 4, 5 ...

You have forever changed my way of looking at the terrible twos. As I have a grand-daughter approaching this age I shall remember this post with a mind wide open. Thank you Brenda for dropping in for a visit at The Vintage Nest and leaving a sweet note. I hope you will visit often. xo Lynn

If only we could inject the two year old's charm into the adults who have temper tantrums and feel the same limitless possibilities!

I thought the Marilyn/Norma Jean dichotomy was superb.

the top photo is amazing

you described a 2 year old so perfectly