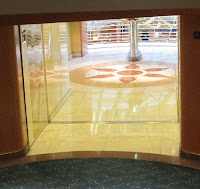 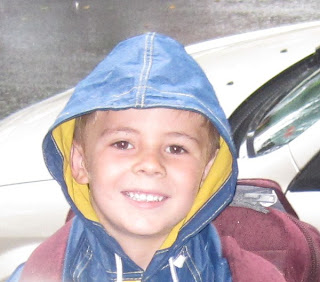 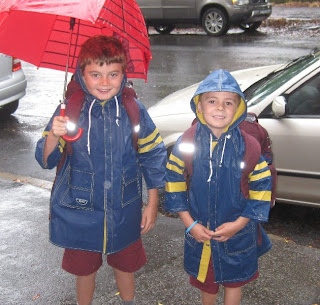 But, in this shot, with Big Brother, I can detect a slight quiver round the lips.
(When collected after school he described the experience as 'awesome'!)
Yesterday was also my birthday. What a low-key affair compared with my Big Birthday last year! Then we were in the middle of a heatwave! And we were also in the middle of putting on a concert. So it was all go, go go. This year I revelled in the thoughtful calls and emails (I'm very bad at that sort of thing myself) and in a dinner date with my friend, Vera, who shares the same birthday. And it rained! 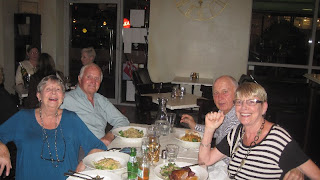 Belated birthday greetings, Brenda. I hope this birthday finds you well and happy. "Awesome" as Max said about school. (He looks so handsome.)
All the best always,
K