'Cancel Elastic Labour!'
The cry is on the streets.
The placards are waved above the heads
Of protesters that one meets.
*
The year is 1940,
And I remember it well,
When elastic powered aeroplanes
Were the very best thing to sell.
I speak now of toy aeroplanes,
Beloved of little boys,
And the very favourite favourite
Of all their precious toys.
One took hold of the propeller
Joined to an elastic band,
And turned and turned and turned it
In one's eager little hand.

When the elastic was twisted
As taut as it would go,
One merely let-fly, literally,
And watched out from below
As the aeroplane looped and circled
Up in the air above.
It really was a little toy
That any child could love.
When it landed with a thump,
Not very far away,
One flew it again and again and again!
One could go on all day.
*
But technology was waiting
Not far off, in the wings.
(Please excuse this little pun;
I've a weakness for such things.)
The Mechanical Bit-Parts Factory,
Wanted the upper-hand.
The workers there thought cogs and things
Were infinitely more grand
Than little bits of elastic!
They decided on some action.
They took to the streets waving placards
In the hope of satisfaction.
*
It saddens me to tell you,
That Bit-Parts won the day.
Elastic powered aeroplanes
Just were not here to stay.
The little boys cried 'Yippee!'
Give us remote controls!
Having the latest gadgetry
Is among our favourite goals!'
And now they twiddle with their thumbs
And play computer games,
And everything works with a button
Or shoots out real live flames.
*
It's a little footnote to history;
A loss among many a gain......
The demise of that thrilling little toy,
The elastic-driven plane.
*
---------------------------------------------------------------------- 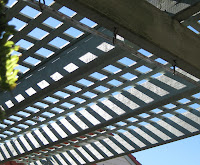 The summer arrived today! About a week before Autumn starts!!!!! Although we've been delighted to have had such sensible temperatures this year, the constant grey skies and drenching rain have irritated everyone. Luckily for us, March and April are always our most pleasant months so we have nice weather to look forward to....we hope.
Be that as it may, the weather today could not have been better for our visit to the Lake. Malcolm belongs to an Ex-Servicemen's Club and we went to Rathmines, on Lake Macquarie, to tour the sea-plane base from the Second World War. The lake is always a joy and the drive there, through unusually lush countryside (thanks to the rain) was most enjoyable. The Allied Forces were based at Rathmines throughout the War. The airmen must have felt they'd landed the greatest location, although there were a lot of bombing missions, particularly after Darwin was bombed. 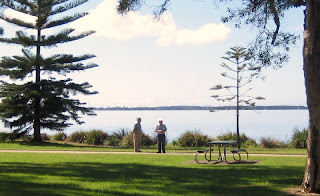 Here, Malcolm and our friend, Dave, stroll by the water. 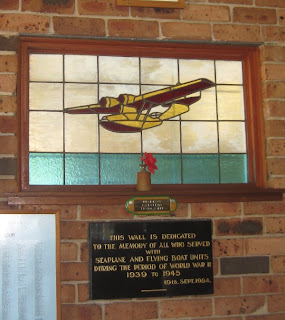 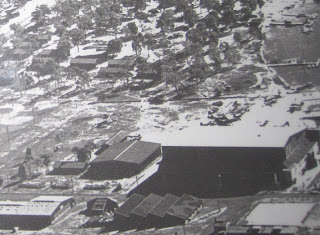 An old shot of the Air Base

And of a sea-plane taking-off'. 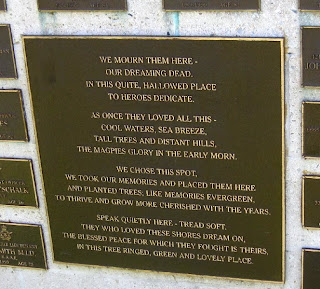 Rather lovely words if one ignores the spelling! 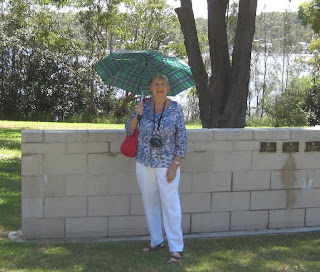 Me in the Remembrance Garden. (It's a sunshade, not an umbrella!) 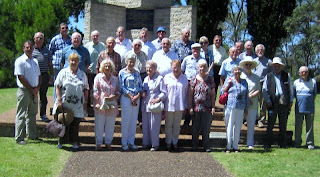 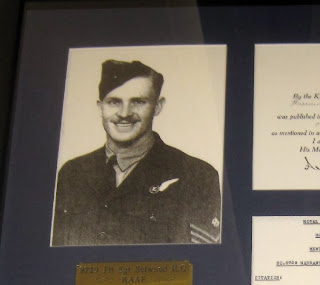 A photo that reminded me of part of my lost youth. Margaret will understand. 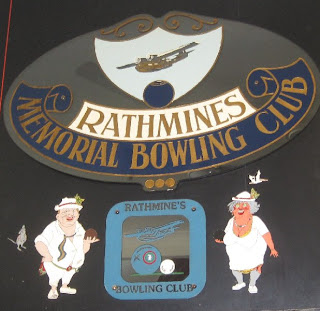 And a photo for Joy Hughes, to show her that Merewether Lady Bowlers knock spots off the Rathmines'  ones!
Posted by Rinkly Rimes at 9:51 PM

The problem with remote-controlle planes is that they always break. Sometimes I don't like the advancements we've made.

These are both so clever!