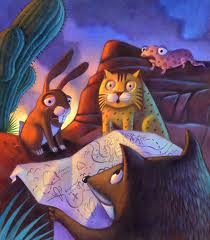 What a great time we had yesterday! The Merry Mellows, our melodrama group, are putting on a new play in March. This is a spoof on the Soapie genre and the show's called 'Rags to Riches'. The daughter of one of our members, Joy,  is an adept photographer and so we had some publicity photos taken. Ros, another member, has a spacious home complete with 'Gone With the Wind' staircase, so we had photos taken there. Errol, Ros's husband, even let us drape ourselves all over his shiny black Jaguar! Here is a selection of shots. 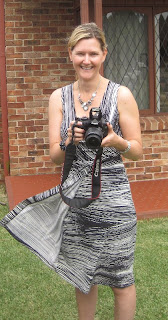 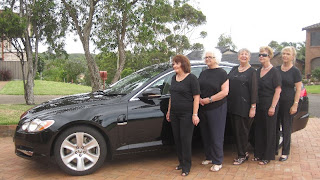 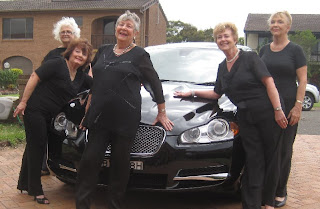 Fit for a Jaguar show-room 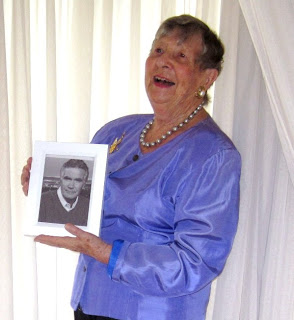 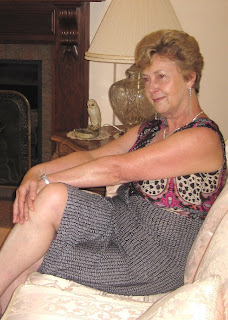 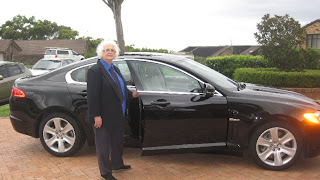 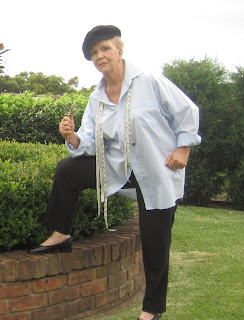 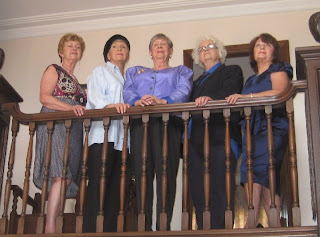 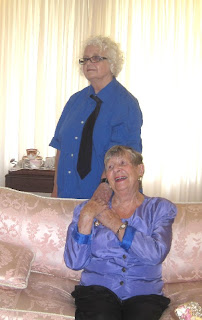 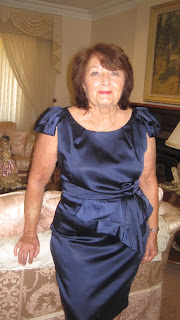 And poor Loretta,who came on crutches to read and prompt.
Posted by Rinkly Rimes at 7:13 AM