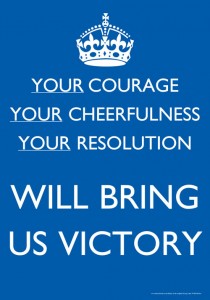 This is a poster, one of three,
Issued at a time of adversity.
At the time of their printing the British Isles
Were only a matter of a few short miles
From devastation and despair.
Hitler was in France 'just over there',
And he was viewing the other side
Over the Channel, which was hardly wide!
From near where I lived I could view the sight
Of French headlights flashing in the night!
With many others I was sent
To safety far away from Kent.
Then Britain waited for the War
To reach the step of its own front door.
France had been conquored by 'the Hun'
And we knew we were the following one!
*
The posters lay ready to be displayed
And preparations were quickly made.
Then, quite surprisingly, it started......,
The Battle of Britain! The Lion-Hearted
Young men gave their lives on high,
Sweeping Hitler from the sky.
The War still had many years to go
Before we saw the last of the foe,
But the fear of invasion never returned,
And Hitler's plans had been truly spurned.
*
So this blue poster was never needed!
It's cheerful message never heeded!
The posters slowly moulded away,
And it seems that none are left today.
And yet I think it was rather fine!
A lovely crisp and clear design.
The repeated use of the little word 'your',
Would have made one feel one could cope with War.
It's a little piece of history
That could have worked, so it seems to me.
*
----------------------------------------------------------- 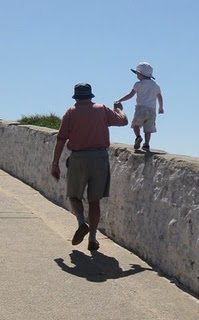 Malcolm and Max
CASTING A SHADOW. 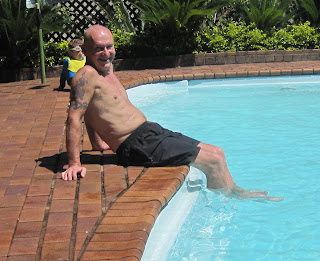 Already getting a tan. 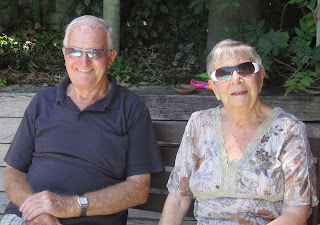 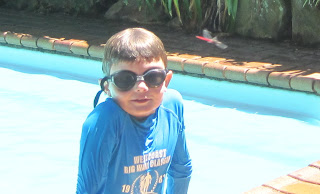 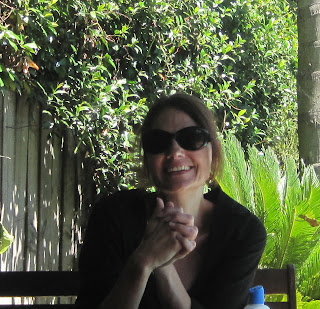 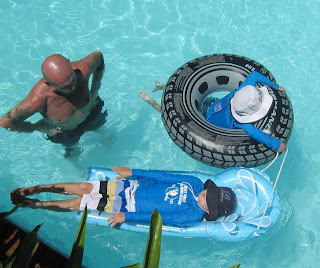 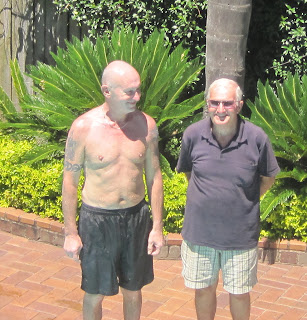 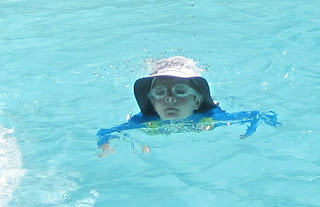 Goggles and hat; a determined Max.
Posted by Rinkly Rimes at 3:56 AM

The message on the poster was certainly true. The courage, humor and determination of the English people turned the tide and we (along with America) won the war.

It's nice to see family photos. It make our blogging friends come alive to us. Thanks for posting them.

Yes the Battle of Britain kept us free. We owe the RAF a massive debt.

Lovely photos. You have a beautiful family.

Those were scary times; I'm glad you reminded us.

Good poem and you have a nice family. Happy blue Monday.

Great poem and I enjoyed all the family photos.